If you were a kid in the 80’s, some of your favorite candies might have included Airheads, Runts, or Nerds. But one candy stood out from the rest- Pop Rocks, the “exploding” candy. Who could forget the sensation you felt when these little sugar morsels began crackling in your mouth?

It was not your typical experience when it came to candy consumption. Pop Rocks added that special effect of a popping sensation you could hear and feel. As it states on the official Pop Rocks website, eating this candy provides a “fun and unique experience”. So what made this candy so popular in the 1980’s?

Pop Rocks Candy In The 80s

Even though Pop Rocks were wildly popular in the 1980s, the candy was actually first invented in 1956 by food chemist William A. Mitchell. He is also the inventor of the popular treats Jell-O and Cool Whip, as well as the orange drink Tang.

When he discovered Pop Rocks, he was attempting to create an instant soft drink by mixing a powder with water. Instead he invented a one of a kind candy.

Mitchell had placed both carbon dioxide and sugar flavoring in his mouth at the same time, which resulted in the explosive reaction.

To make Pop Rocks, the ingredients (which include sugar, lactose, and flavoring) are heated to 280 degrees Fahrenheit. Next, carbon dioxide is added. After it cools and the pressure is released, the mixture hardens and shatters into small fragments, which are filled with tiny carbon dioxide bubbles.

The heat and moisture inside your mouth is what causes the candy to dissolve and make the popping sound. Pop Rocks first hit the market for consumers in 1975, making it a popular candy choice in the early 1980’s.

There was some controversy surrounding the safety of Pop Rocks, and they were discontinued for a short time in 1983.

Before Pop Rocks were taken off the market, an urban legend surfaced surrounding the popular treat. The rumor was that if you ate Pop Rocks and drank a soda at the same time, your stomach would burst. Legend also had it that child actor John Gilchrist, who played “Mikey” in the 1970’s Life cereal commercials, had died from this cause.

These rumors led to the candy being pulled off the shelves temporarily, though eventually it was brought back as investigations into these claims proved they were unfounded.

However when they were brought back, Kraft Foods brought the beloved treat back under a new name, “Action Candy”. Today, they are sold under their original name “Pop Rocks”.

Despite parents’ possible disapproval, kids couldn’t get enough of the fizzing hard candy. It was like fireworks going off in your mouth!

Today, Pop Rocks are used in a variety of interesting ways. Adults use them to rim a cocktail glass. Chefs have put them in elegant dishes. We’ve even seem them utilized in school science projects. The uniqueness of Pop Rocks was what made the candy so popular in the 1980’s. It wasn’t just a treat, it was an experience. 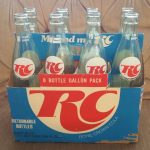 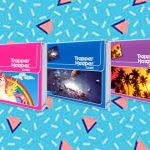