In a world where Coca-Cola and Pepsi dominate the modern carbonated soda landscape, it may surprise you that there was a time that RC Cola gave both companies a real run for their money. RC Cola’s 100-year history is nothing to scoff at. In fact, the story of RC Cola actually started via a disagreement with none other than the big dog itself, Coca-Cola.

The History Of RC Cola

RC Cola first started with a disgruntled grocery store owner from Georgia. Claud A. Hatcher felt that Coca-Cola should have provided him with a discount for purchasing large amounts of Coca-Cola syrup from them. Unsurprisingly, Coca-Cola did not share the same sentiment, and Mr. Hatcher decided to develop his own soft drink formula.

Claud’s first invention with this endeavor was Royal Crown Ginger Ale, followed by Chero-Cola, a cherry-flavored cola. The success of both drinks would eventually persuade Hatcher and his family to transition full-time into soda manufacturing, named Chery Cola Company in 1910.

The success of Mr. Hatcher’s new business venture, specifically of Chero-Cola, did not fly well with Coca-Cola, During the early 1900s’, Coca-Cola began suing a number of imitators under the grounds that the term ‘cola’ legally belonged to them. Despite Hatcher doing his best to counteract these lawsuits, Coca-Cola eventually won in 1927.

This forced Hatcher to rename his company from Chero-Cola to Nehi, a popular fruit drink from their line-up at the time. The company, now named Nehi, suffered low to moderate sales during this time, made worse by the Great Depression during the 1930s’. Claud Hatcher died in 1933, leaving the company under its sales director, H.R Motts.

It is under the leadership of Motts that the company would stage a major comeback. Ever the opportunist businessman, Motts focused company effort’s on their top-sellers. This included bringing back Chero-Cola and renaming it Royal Crown Cola, in honor of the company’s first beverage.

With a healthy dose of advertising from Hollywood’s top stars such as Shirley Temple and Bob Hope, as well as public stage tests proclaiming it as the best, RC Cola would find itself right behind Coca-Cola and Pepsi as the nation’s favorite soda.

Once Nehi was renamed to Royal Crown Company in 1959, the company would subsequently hit a jackpot with its introduction of Diet Sodas. With the public now being drawn to healthier alternatives, Diet Sodas became a huge hit. By the late 60s’, Royal Crown Company owned a total of 10 percent of the soda market, a huge part owing to the success of their Diet Sodas.

Unfortunately, studies made during the 1960s’ suggested that cyclamate, an ingredient prominently used in diet sodas, was hazardous to human health. Once a number of these studies began circulating through the public, sales of Diet Sodas plummeted. This adversely affected Royal Crown Company, who at the time focused most of their effort on their diet line of sodas. This meant that the company now had to rely on its original RC Cola soda.

Perhaps in an alternate universe, RC Cola would be at the top of the soda industry, standing upon the shoulders of Coca-Cola and Pepsi. As of 2021, RC Cola is still moderately popular in the United States, specifically in the South where many still attest to it being the best soda around! 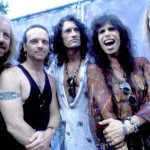 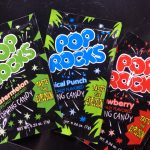