Ruffle shirts are one of those uniquely 1980s fashion we all remember. The 1980s saw the birth of the new romantic fashion styles along with all of the other cool fashion trends of that decade. Although there were many different trends born out of the new romantic movement, one of the most popular fashions was the ruffle shirt.

This unisex fashion trend dates back to the 16th century and was popularized by musicians and the movie industry in the 1980s. So why were ruffle shirts so popular during the best decade ever?

The History Of Ruffle Shirts

The first ever known existence of ruffled shirts dates back to the 16th century. Spanish soldiers were known to wear several different layers of clothing, so it was commonplace for sailors to slash the sleeves of their jackets so they could breathe easier.

Eventually, this trend caught on and became known as the Elizabethan Ruff. The shirts were worn by men as well as women, with both William Shakespeare and Queen Elizabeth known to sport ruffled shirts on a regular basis.

As time went on, the ruffled shirt went through a number of different changes and by the 18th century, became one of the most popular styles of shirt for men. Today, the ruffle shirt is most generally associated with pirates, however during the 1980s they were an en vogue fashion trend.

By the 1970s, ruffled shirts were quickly growing in popularity. As a precursor to the 1980s new romantic style, the closing scene of The Stepford Wives reintroduced the world to ruffled blouses.

As the housewives make their way through the supermarket aisles, they can be seen wearing pastel colors, oversized floppy hats, bouncing curls, and of course, ruffled blouses. For some, this conjured up images of southern belles, debutantes, and Romanticism.

By the 1980s, the new romantic fashion wave took the music industry by storm. Many attribute the growth of the style to the Blitz Kids, who were known to frequent the popular London club.

David Bowie was one of these Blitz Kids, and the club style influenced his performance wardrobes. It was commonplace to see Bowie on the stage and even in film, sporting a ruffled shirt. Prince was another popular musician who was known to wear ruffled shirts on a regular basis.

Eventually, the fashion trend would spread into the punk scene as well. One of the first British punk bands to adopt ruffled shirts, was Bow Wow Wow. The lead singer of Bow Wow Wow, Adam Ant, eventually moved on to become a solo artist and in doing so would play an important role in the growth of the new romantic fashion wave.

The 1980s saw an influx in the number of musical films. In 1984, Prince made his acting debut in the popular film Purple Rain. Not only did he star in the film, but he used the film in order to showcase his talent as a musician.

All of the music throughout the film had been written by him, and the movie contains a number of different scored sequences. And of course he was seen wearing his infamous white ruffle shirt while jamming on his guitar.

Another popular film that came out just a couple years later was the Labyrinth. This 1986 film was a musical fantasy that was directed by the creator of the Muppets and produced by none other than George Lucas.

The main actor in the film was David Bowie, who played Jareth The Goblin King. Throughout the film, David Bowie wore tight leather pants and a ruffled shirt.

Is The Ruffle Shirt Still Popular?

These days ruffle shirts are not really a fashion that is seen much. We do see women wearing ruffle blouses from time to time, however the concept of ruffles itself seems to have fallen out of style.

As with anything fashion related, sometimes we do see a resurgence in popular styles of the past. However when it comes to the ruffle shirt, we are pretty sure this is one of those fashion trends that we probably won’t be seeing becoming popular again any time soon. 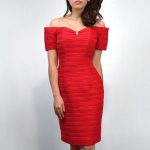 Off The Shoulder Dresses 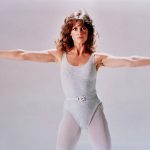