There’s nothing like 80s horror movies, and this genre of movies were extremely popular in the 1980s. These movies were so successful because they were truly terrifying, with creative and innovative death scenes that left audiences on the edge of their seats. In addition, the 80s were a time when special effects were at their peak, so these movies looked and felt incredibly realistic.

There were so many great horror movies made during the 1980s that it’s hard to narrow it down to a top 10 list, but that’s exactly what we worked hard to do here! So what were the best horror movies from the 1980s?

Here are our picks for the best horror movies of the 1980s:

This classic horror movie, based on the Stephen King novel of the same name, was released in 1980. It stars Jack Nicholson as Jack Torrance, a writer who takes a job as caretaker at a remote hotel and descends into madness while his son sees strange phenomenon in the hotel. Shelley Duvall also stars as Jack’s wife Wendy, and Danny Lloyd plays their young son Danny.

This 1981 movie is based on a novel by Gary Brandner, and it tells of a news reporter who encounters werewolves while investigating a series of murders in a California town. Dee Wallace, Patrick Macnee, and Dennis Dugan star as the three main characters.

This 1980 movie is the first of 12 movies dedicated to Jason Voorhees, who lives at Camp Crystal Lake where he drowned as a boy due to the negligence of the counselors. The movie follows a group of teenagers who are murdered by Jason one by one. Kevin Bacon, Betsy Palmer, and Adrienne King star in the iconic slasher movie.

This 1984 movie is about a teenage boy named Freddy Kruger who kills people in their dreams, and it stars Heather Langenkamp, Johnny Depp, and Robert Englund as Freddy. The movie was successful enough to spawn a series of sequels, and is arguably one of the greatest horror movies ever made.

This 1988 movie is about a doll that comes to life and starts killing people, and it stars Catherine Hicks, Brad Dourif, and Chris Sarandon. It was the first movie in a series of six, and Chucky, the murderous doll, has become a pop culture icon.

Was released in 1986 and is a sequel to the 1979 movie, “Alien”. It follows a group of marines who are sent to investigate what happened to the crew of a colony spaceship. The movie was very successful but was not as groundbreaking as the original “Alien” film.

This 1981 movie follows five college students who travel to a cabin in the woods and discover an audiotape that releases evil spirits. It stars Bruce Campbell as Ash, and it spawned two sequels and a 2013 remake directed by Fede Alvarez.

This 1981 movie follows two American college students on a walking tour of Great Britain, and it’s about their tragic encounter with werewolves. It stars David Naughton, Griffin Dunne, and Jenny Agutter. There are also two sequels to this movie, but none of them contain any of the original cast.

This 1985 movie features a teenager who discovers that his neighbor is a vampire, and he enlists the help of a television host in order to try to stop him. Chris Sarandon, William Ragsdale, and Roddy McDowall star in this movie based on a novel by Tom Holland.

This 1986 movie is about a scientist who accidentally turns himself into a fly, and it stars Jeff Goldblum, Geena Davis, and John Getz. It was nominated for two Academy Awards and spawned a sequel in 1989. Goldblum reprised his role for the sequel.

These are our picks for the best horror movies from the 1980s. There were many others released during that decade, and these but we feel these are the standouts. If you’re looking for a good scare, then these are the movies for you. Enjoy! 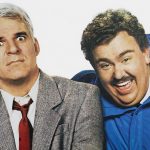 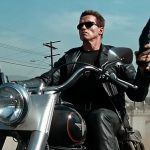