Over the top testosterone is what made 80’s action movies great. The 1980s are often remembered for their cinematic triumphs when it came to the action movie genre. The decade is also considered the golden age of cinema because of the diversity in action movies.

The 1980s was really the decade when over the top action blockbusters came to be, and there were no shortage of fantastic action movies made during that era.

The eighties were filled with iconic action stars, from Arnold Schwarzenegger to Bruce Willis to of course Sylvester Stallone. Movies from this era became household names and left a lasting impression on society. So what were the best action movies of that epic decade?

Here are our picks for the best action movies of the 1980s:

The Terminator is a perhaps one of the most iconic action movie franchises ever made. It stars Arnold Schwarzenegger and Linda Hamilton as Sarah Connor and the Terminator, a cyborg assassin sent from 2029 to kill her before she gives birth to John Connor, leader of the human resistance against the machines that rule the world.

This iconic 80s film told us that it was only a matter of time before we were replaced by machine intelligence. The movie featured groundbreaking special effects and a top-notch cast that turned an action-packed tale into an unforgettable classic.

In the 1980s, Arnold Schwarzenegger rose to fame with his action movie career. Commando is one of the most iconic movies from this decade, as it is a classic, action-packed film that helped make Schwarzenegger an A-list actor.

The movie follows John Matrix, who becomes a member of an elite military team known as “the Six” to save his wife and daughter from a Colombian drug lord. He goes on to face off against both the drug lord’s bodyguards and a deadly assassin named Wagner.

This movie has become iconic for its exciting action sequences that are filled with intense fighting and gunfights. The bodyguard scene is one of the most infamous scenes from the film because of how intense it is.

With such an intense, action-packed plotline, Commando can easily be watched over and over again!

This iconic action movie from 1988 is best known for its suspenseful plot, as John McClane (Bruce Willis) must fight his way through a group of terrorists trying to stop him from exposing their criminal activities. The film also has a great cast, with the likes of Alan Rickman and Bonnie Bedelia in supporting roles.

The movie’s tagline “Yippee-ki-yay, Motherf*****r” is a testament to its adventurous nature, as it helped revitalize Bruce Willis’ career. Die Hard was also noteworthy because of its release during the era of anti-terrorism.

Die Hard is one of the most popular action movies from the 1980s, which makes it an excellent choice for a listicle on classic action movies.

The Lethal Weapon franchise is a classic action movie from the 1980s. The series focuses on two homicide detectives, Martin Riggs and Roger Murtaugh, who are teamed up to solve crime in Los Angeles. The movies in this franchise have many tropes, but one of the most memorable features is the “one-liners.”

This sequel to the original film followed a new case for our protagonists: a serial killer terrorizing LA with his own brand of chaos. It is jam packed with action and suspense, and it’s one of those sequels that does justice to the original. For fans of this franchise, these films are must-see classics that will always hold a special place in their hearts.

Predator is a classic action movie that has been heralded as one of the most iconic films to come out in the 1980s. The film tells an intense story about a hunter who comes across a shape-shifting alien, where the conflict begins.

Predator is one of the best action movies from the 1980s because of how well-written it is, its use of body language, attention to detail, and its visceral depiction of violence.

The fourth installment in the Rocky film series is often considered the best one. It broke box office records and was groundbreaking for its time. The movie also has a much more serious tone than the previous three, giving it a political edge that still resonates with audiences today.

Beverly Hills Cop is one of the most recognizable action movies from the 1980s. It was released in 1984 and starred Eddie Murphy, who created a new action hero persona with his portrayal of Axel Foley. The film revolves around Officer Foley’s hunt for a drug lord named Sonny even though he is banned from chasing crime in Beverly Hills.

Rambo is an American action film series created by Sylvester Stallone. The first installment was released in 1982 and has since become one of the most popular action franchises in history.

The movies that followed were known for their militaristic storylines, including a Vietnam War veteran who becomes a war hero and fights for what he believes in. It inspired other action films that came after it, like The Expendables.

So that’s our list of the best action movies from the 1980s. Hopefully some of your favorites made the list, and we can tell you if you’re looking for some 80s nostalgia, any of these films will take you back to the good old days of unfettered testosterone that made 80s action movies so great. 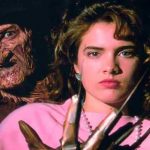 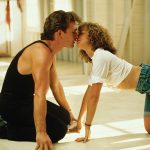