Michelle Marie Pfeiffer was born in 1958 in Santa Ana, California. She graduated from Fountain Valley High School, after which she enrolled at Golden West Community University. After winning the Miss Orange County pageant, she competed for the Miss California pageant but did not win the title.

In the early 80’s she got minor roles in TV shows, and her first film role was in 1980 when she appeared in the Hollywood Knights project. Pfeiffer was already convinced that she wanted to build a successful acting career, and eventually she decides to attend acting classes to improve her acting abilities. The rest as they say is history.

In 1982, Pfeiffer landed her first starring role (Stephanie Zinone) in the romantic musical comedy, Grease 2, directed by Patricia Birch. From then she blew up and became one of the most memorable actresses of a generation, and some of her best work came in the 1980s.

What were the best 80s Michelle Pfeiffer movies?

Here are our picks for the best Michelle Pfeiffer movies of the 1980s:

The Eyes, Chico. They Never Lie – if you watched the movie, you probably remember this scene.

Scarface is a 1983 American film by Brian de Palma. Michelle played the role of Elvira, the wife of Cuban immigrant Tony Montana (Al Pacino). This role turned her career around and enabled everything that would come after.

Scarface is considered a cult achievement. A violent, successful, and fascinating story about sacrifice, desires, motives, ambition, friendship, loyalty, and betrayal. It is also a movie that helped make Michelle Pfeiffer a Hollywood star.

The Witches of Eastwick, by George Miller, is about three single women who live in Eastwick, a small town in New England, and whose wishes are granted when a mysterious man arrives in their lives. Michelle Pfeiffer plays the character of Sukie Ridgemont, and gives a great performance in this classic 80s flick.

Married to the Mob is an American crime comedy film directed by Jonathan Demme. For Angela de Marco, the widow of a New York gangster, Michelle Pfeiffer received her first Golden Globe nomination as Best Actress in a Motion Picture Musical or Comedy.

During the 80s, Michelle won two Oscar nominations, the British Film Academy BAFTA Award and Golden Globe nominations, one of which she won. She was now not just a pretty face, but an actress to be taken seriously for her craft as well.

The film Dangerous Liaisons is based on the novel by the French writer Choderlos de Laclos. Directed in 1988 by British director Stephen Frears, it is the best film version, even in addition to the competitive adaptation by Milos Forman.

Michelle Pfeiffer played Susie Diamond in The Fabulous Baker Boys, alongside Jeff Bridges. She prepared for this role for four months, and won the Golden Globe for Best Leading Actress. Michelle Pfeiffer’s performance was compared by critics to the legendary Rita Hayworth in Guilda.

So those are our picks for the best Michelle Pfeiffer movies of the 1980s. Did your favorite make the list? 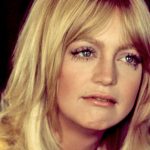 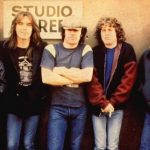