Did you ever ponder about the number of soap operas during the 1980s? If you were a teen from that generation, you’d know that millions preferred watching soap operas over other types of shows. And in fact, you might have been one of them too.

The 1980s was a time when soap operas ruled TV, and some of the most legendary soap operas were at the height of their popularity during that time.

The Most Popular 80s Soap Operas

Here is a list of the soap operas you can get nostalgic over:

Dallas aired on CBS as an American prime-time television soap opera till 1991.

The plot revolves around a Texas family called the Ewings. The family had an independent oil company and took place in the land of Southfork. In the beginning, the focus was on the marriage of Bobby Ewings and Pamela Barnes.

Both these families were enemies, so the drama was huge. Later Bobby’s brother, J.R Ewing, became a famous character. The series focused on his dirty business tactics.

This soap opera eventually went on to win four Emmy awards. One of them includes Bel Geddes’s award for the 1980 Outstanding Lead Actress in a drama.

Dynasty’s creators were Richard and Esther Shapiro, though the producer was Aaron Spelling. It was an American prime-time soap opera that aired on ABC.

The series revolved around a wealthy family in Denver called the Carrington’s. The show was popular enough to compete with Dallas, and the two were arguably the most iconic soap operas of the day.

The rating of season one was unimpressive, but after the airing of season two, it skyrocketed. It was one of the top 10 shows by the end of 1982. Additionally, by the spring of 1985, this soap opera was the best and number one in the United States.

GH or General Hospital was a daytime American television soap opera. The show gained massive popularity, and it became a staple of many television schedules during the 1980s.

It premiered on the ABC network. It is also considered the second after Guiding Light in American history. The storyline of this show revolved around two families: Quartermaine and Spencer. The show went to the top with more viewers than any other soap opera of the time.

4. Days of Our Lives

DOOL or Days of Our Lives was also referred to as Days. It was a daytime American television soap opera that aired on NBC. It was so popular that it was the longest-running show in the world.

The production revolved around the town of Salem. The focus was on the two families: The Hortons and the Bradys.

The series was so successful to the extent that the time of the show expanded considerably. In the beginning, it was cast for 30 minutes, but later turned to 60 minutes.

Well hopefully you remember these were the most popular TV soap operas of the 1980s, and we hope one of your favorites is on the list. It sure is nostalgic coming across these old soap operas. You might as well share some with your friends or re-watch them if you can online.

If you have more on your mind, please comment down below and share your insights with us. 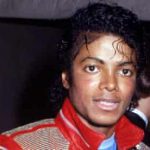 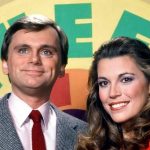