When we think of 80s rock anthems, you’d be hard pressed to not mention “I Love Rock ‘N Roll” by Joan Jett and The Blackhearts. Amazingly enough though being one of the most popular rock songs during the early 1980s, it was actually a cover of a song written and recorded almost a decade earlier.

It was in 1981 when “I Love Rock’n’Roll” was released, and it quickly became a global sensation. The song was all over the radio, and it cemented Joan Jett as an 80s rock icon.

The song also has stood the test of time, often reappearing in contemporary pop culture. Joan Jett & The Blackhearts would eventually rerecord the song in 1993 for the film Wayne’s World 2. And later even Britney Spears would eventually get in on the action.

The band itself was quite popular in the UK thanks to their own television show, and a year after the song was recorded, Joan Jett saw the Arrows perform the song on TV.

By 1980 Joan Jett had moved to California. While her UK band, the Runaways, had disbanded at the end of the 70s, she was destined to start a new band on the West Coast.

With the help of 3 people who answered an advertisement in the local newspaper, Joan Jett formed the Blackhearts. They were able to pick up regular gigs up and down the West Coast, and even began selling their self-released album out of the trunk of a car.

Browse Music By Joan Jett And The Blackhearts On Amazon Here

Eventually, Casablanca Records signed Joan Jett and her band, and together they released “I Love Rock’n’Roll” in 1981. Within a few months, the song worked its way all the way up to the number one spot on the Billboard charts.

The Hit Song And Britney Spears

In 2010, a biopic that was written about the Runaways, Joan Jett’s UK band. In that biopic, it was inferred that band member Kristen Stewart had been responsible for the creation of the song.

When questioned later in interviews, Joan Jett allowed this perception to continue. As a result, Alan Merrill had become frustrated over the years because of the lack of credit for the song.

Nevertheless, the popularity of “I Love Rock ‘n’ Roll” never waned, and in 2002, Britney Spears would release a cover, of Joan Jett’s cover.


Not only would Britney Spears credit Alan Merrill for the creation of the song, but he also made a substantial amount of money through the licensing.

MTV had just begun broadcasting in August 1981. Yet, despite their fledgling status, the network played “I Love Rock’n’Roll” on a regular basis. The music video is what helped propel the song to the top of the charts, and the rest as they say is history.

The video itself features Joan Jett and her band at a small bar where the drunken crowd is driven to excitement by the irresistible beats and melody. As an ode to the past, at the beginning of the video, you can hear another popular song by the band playing in the background.

Today, the video can only be seen in black and white, even though it had originally been filmed in color. Joan Jett ended up not liking how her leather jumpsuit looked in the original video and asked the video to be converted.

To date, the original YouTube video of “I Love Rock ‘n’ Roll” has received just over 6 million views. However, the Britney Spears cover of the song has exceeded the 38 million view mark. 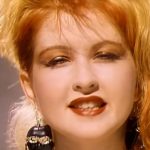 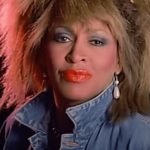