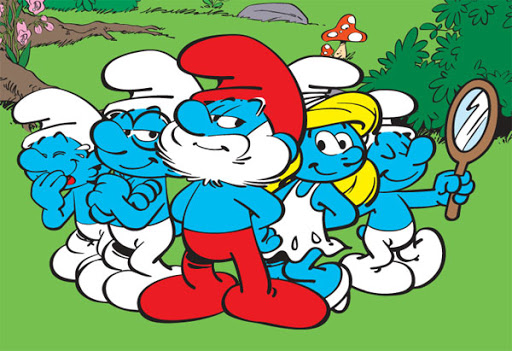 The Smurfs was a popular animated show during the 1980’s. The show is the genius creation of Peyo, whom was a comic artist, and it is about a colony with blue creatures that live in mushroom designed houses.

It was an unexpected hit and quickly became a cartoon favorite of millions of kids during the 1980’s.

The History of The Smurfs

In 1976, Stuart Ross saw the Smurfs while he was traveling in Belgium during a stay. Ross was a media and entertainment entrepreneur and agreed with the help of Editions Dupuis and Peyo to purchase the rights to the Smurfs characters.

At the time, NBC was run by Fred Silverman. Silverman’s daughter was named Melissa, and Melissa was a huge Smurf fan and had a Smurf doll as well. This lead to Silverman getting the inspiration of wanting to make an animated series based on the Smurfs as an addition to NBC’s Saturday morning lineup.

NBC decided that the series should be produced by Hanna-Barbera Production in association with SEPP International S.A. The first producer of The Smurfs was Gerard Baldwin.

Gerard was responsible for keeping the spirit of the show to its creative comic roots, and making sure that the show’s soundtracks consisted of classical music.

Throughout the development for the animated show, Peyo didn’t want any extreme changes to the setting or designs for the Smurfs. One example of an extreme change that Peyo didn’t want was having one of the characters wear a Harpo Marx wig and bowtie. Peyo was also responsible for approving or disapproving the animated material, providing designs for the characters, and talking to the studio.

The Popular 1980’s Cartoon -The Smurfs premiered in September 1981. The show was huge success for NBC and one of the rare hits from the Fred Silverman period. It became one of the longest running Saturday morning cartoons in the television era. The show also gave birth to several spin off television specials, and these specials were aired on an almost yearly schedule.

The animated series had a huge popularity rise during the 1980’s. The show received several Daytime Emmy awards, and from 1982 to 1983, the show was awarded the award for Outstanding Children’s Entertainment Series.

By the end of the 1980s the show was on its 9th season, however at the time, the show underwent a very radical change. The show episodes switched to exploring time traveling which was very different from what made the show a success. Sadly, this was the downfall of the animated show, and as a result of this switch, the show ratings declined.

Regardless the Smurfs had an epic run during the 1980s and till this day remains a cult favorite. For those of us who grew up in the 1980s, it will always be remembered as one of the cartoons that brought a smile to our faces. 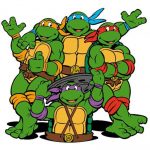 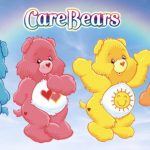