When it came to the odd, yet fashionable, velour tracksuits fit that description in the 1980s. These tracksuits were comfortable and stylish, and they were also very popular loungewear at the time.

Velour tracksuits are a common staple in the modern wardrobe. It’s a monochromatic top and pants, made of velour, which is a fabric that resembles velvet but is made of cotton or polyester. It’s thin, comfortable, and has a plush texture.

Velour tracksuits became popular in the 80s because it was seen on musicians, movie characters, breakdancers, and the average individual who just wanted to stay comfortable but also stylish. An arbiter of cool in the 80s, the velour tracksuit was one of the hottest fashion trends of the decade.

Velour Tracksuits In The 80s

To understand why it became a popular fashion trend in the 80s, we need to understand its origins. The first velour tracksuits were said to be made by the French company, Le Coq Sportif, who developed the clothing from the “Sunday Suit” or “Seventh Day Suit” in 1939. It was purely an article of two-piece clothing reserved for track athletes, which explains the name, “track” and “suit”.

They wore these tracksuits to keep them warm before and after their races. It consisted of a velour long-sleeved top with an elasticized hem, paired with velour sweatpants, also having an elasticized waist. The colors and patterns of the top were also featured on the pants.

In 1967, Adidas had their first foray into clothing when they made a tracksuit for a German footballer. This tracksuit had the signature three stripes Adidas trademark on the sides.


The growing health and fitness trend of the time also contributed to the popularity of velour tracksuits. The fitness craze in America started in the 70s and amateur athletes started wearing tracksuits on and off the field.

An iconic tracksuit was also worn by Bruce Lee in the movie “Game of Death” (1978), and this was part of the growth of the tracksuit’s popularity that continued through into the 80s.

As sportswear became more fashionable during the decade, so did the popularity of tracksuits. The B-boy movement, groups of dancers breakdancing in the streets, chose the velour tracksuit as their uniform of choice. It was light, thin, and comfortable enough to allow them all kinds of movement without restrictions. They also regarded them as fashionable enough to be worn on the street.

During the 80s, velour tracksuits came in all kinds of bright colors and patterns, which coincided with the popular neon fashion trends of the time.

Aside from breakdancers, musicians also chose the velour tracksuit as an emblem of cool. As hip-hop became more mainstream in the 80s, rappers and DJs soon donned the piece of clothing, and they were famously worn in music videos that were on heavy rotation on MTV.

Musicians like LL Cool J, Run DMC, and the Beastie Boys put the velour tracksuit front and center when they would wear them during their performances, in music videos, and on their album covers.

Run DMC even made a song about tracksuits, “My Adidas” released in 1986, making them even more popular than they already were.


Films such as Back to the Future, Superman III, and Roger Moore’s James Bond featured velour tracksuits in certain scenes, and this only further cemented them as one of the most popular fashion trends of the 80s.

Even now velour tracksuits can be found everywhere in pop culture. Recently the iconic 80s fashion showed up in an episode of “The Sopranos”, and they can be found in many other shows and movies if you pay attention close enough.

Velour tracksuits influenced a new style of clothing, which was the shellsuit later in the 80s, which were tracksuits made of nylon. The materials used on these suits resembled parachutes, which wicked away moisture, somewhat similar to windbreakers. Though brief, the shellsuits were a variation of the velour tracksuits that were so coveted in the era.

Today, velour tracksuits are still worn by artists, musicians, and actors, and luxury brands have produced their very own versions, as well as cheap knockoffs mass-produced for the general market.

However, it was during the 80s that the velour tracksuit held a status symbol, worn by the decade’s tastemakers, and sought after by the average individual who wanted to look as cool as famous athletes, breakdancers, and rappers. 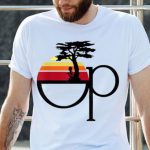 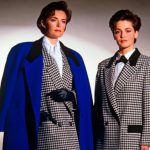