While suits have been worn by women off and on throughout the decades, it wasn’t until the 1980s that the power suit became very popular. The power suit is very similar to a men’s business suit, however it was designed specifically to fit women and their feminine traits.

The 80s was a time of bold fashion statements, and women wearing power suits fit the changing landscape perfectly. The women’s empowerment movement was on the rise, and women wanted fashion to reflect that.

And what better way to show women’s empowerment than by rocking a fashion typically reserved for men? That was the beauty of the 80s power suit, and why it was so popular among strong women in the 1980s.

History Of The Power Suit

The first known mass-produced power suit was developed by Chanel back in 1923. After the end of the first world war, Chanel decided to rewrite the fashion industry by creating a suit that was specifically designed for women.

In 1930, a German actress wore one of the Chanel suits during the filming of Morocco. The act itself challenged gender stereotypes of the time, and it led to an increase in popularity and the wearing of suits by women.

In 1966 business suits for women had a revamp when Yves Saint Laurent introduced their Le Smoking Suit. The suit itself was designed based on a standard man’s tuxedo, but was redeveloped to better fit a woman’s curves. It was a three-piece tuxedo that changed the way the world looked at androgynous clothing.

After the suit’s introduction, it was fairly common to see it on the big stage, and the trend caught on especially in Las Vegas and on Broadway where women were regularly seen wearing a tuxedo-style suit.

Power Suits of the 80s

While the Chanel Suit and the Le Smoking Suit did not become as popular as their designers had hoped, the best attributes of both designs would resurface in the 1980s when Giorgio Armani introduced their first power suit. This suit featured padded shoulders, sharply tailored edges, large lapels, thick fabrics, and colors that were acceptable in the office.

By 1982, the suit had become a very popular choice of women in the workforce. And by the late 1980s, we saw the peak of the power suit’s popularity with the vast majority of working-class women owning at least 3 suits.

Iconic Women And Power Suits of the 80s

Without question, the power suit would never have become as popular as it was in the 80s if it were not for the most iconic women of the era. One of the most influential women in fashion of the early 1980s was Princess Diana, and until her untimely death she was well known for sporting power suits.

Likewise, the first lady Nancy Reagan also wore a power suit on a regular basis, as did many other female political figures of the 1980s.

But it wasn’t just people with political clout who wore this fashionable style. Popular female musicians such as Madonna were commonly seen sporting power suits.

While many fashion trends come and go over the years, the power suit has remained popular. Today, it is not uncommon to see a working-class woman sporting a trendy suit complete with pants, a blouse, and a sporty jacket.

These days it isn’t outlandish to see a woman dress in a power suit, but this was something that was very bold in the 1980s. It is one of those fashions we look back on that really changed the way women were viewed, and we are thankful that this 80s fashion trend helped usher in an era of a more equal society. 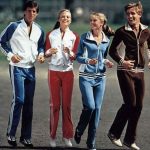 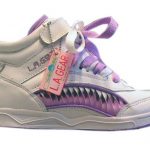