We’re Still Chasing “I Ran” By A Flock Of Seagulls

Considered to be the epitome of new wave music, “I Ran” became a hit in the US thanks in part to the heavy rotation of the song’s music video during the early years of MTV.


“I Ran” By A Flock Of Seagulls

The song was written by A Flock of Seagulls’ lead vocalist, Mike Score. He has said that there were a couple of inspirations for the song. One of which was a band that played a song entitled “I Ran,” one evening at Eric’s Club in Liverpool, which the band frequented. Score thought it was a great title for a song, and it somehow remained in his head.

The other inspiration for the composition was a poster at a Zoo Records office, which the band visited with the goal of scoring a record contract. The poster depicted a couple running away from a flying saucer. The members of the band wanted to use the poster as the cover for their self-titled album, A Flock of Seagulls, in 1982.

Browse Music By A Flock Of Seagulls On Amazon Here

These inspirations led Score and the rest of the band to create a concept album about aliens landing on Earth. The song “I Ran” is about a man who meets an attractive woman, but wants to run away from his feelings. But before he does, he sees an Aurora Borealis in the sky, and he and the woman are abducted by aliens.

The song is considered to be the perfect epitome of new wave music and the synth pop sound that depicted 1980s music. The song runs for 5 minutes and 7 seconds and was recorded at Battery Studios in London.

Why “I Ran” Became Popular In The 80s

A Flock of Seagulls is a British new wave band that was formed in Liverpool. When “I Ran” was released, it didn’t even make the top 40 in the United Kingdom, but it did reach #1 in Australia and #7 in New Zealand. It reached the charts in the US and stayed there for 22 weeks, peaking at #9 in the Billboard Hot 100.

“I Ran” is considered to be A Flock of Seagulls’ most successful song, with many music historians dubbing the band as one of the greatest one-hit-wonders of the 1980s. A staple of the new wave genre, the song became even more popular in the US when its video was on heavy rotation during the early years of MTV.

Mike Score was a former hairdresser before the band became popular, and the video showed him and his bandmates with back-combed hair, seemingly looking like seagulls in flight. The Flock Of Seagulls hairstyle is one that many will remember as both odd but stylish.

The video showed the members of the band playing the song in a room that was covered in mirrors and aluminum foil. The video became as famous as the song itself, with Score’s hairstyle being a big focus of the video, as well as being a signature look of the band and song.

Why “I Ran” Remains Popular Today

Though the song was released in 1982, “I Ran” remains popular today because it is considered to be the perfect representation of new wave music. It is dubbed to be one of the most iconic new wave songs of all time, with the VH1 special, “100 Greatest Songs of the 80s” ranking “I Ran” at #55 on the list. Another VH1 program, “100 Greatest One-Hit Wonders of the 80s,” ranked “I Ran” at #2 on the list.

The song remained popular in the 80s but it had a huge comeback in popularity in 2002 when it was used heavily in the promotional videos of the videogame, Grand Theft Auto: Vice City.


“I Ran” has also been featured in many films in the 90s that featured 80s settings, such as 1998’s Edge of Seventeen, as well as 1999’s The Suburbans. It was also featured on 2016’s La La Land. In 2022, during a 1980s-themed performance, pop superstar Kelly Clarkson sang a rendition of the song, stating “I Ran” as one of the most iconic new wave songs. 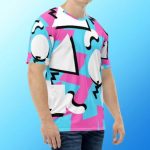 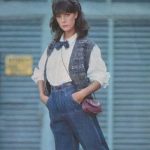