TV viewers in the ’80s loved MacGyver. If you aren’t familiar with the show, it was an action adventure TV series starring Richard Dean Anderson as “Angus MacGyver” who was a secret agent that was remarkably resourceful.

It outlasted most successful shows and ran for an impressive seven seasons. If imitation is the greatest form of flattery, a lot of people around during the eighties are giving their humble adulation to this pillar of the action hero hall of fame.

The original show inspired ten Saturday Night Live sketches of “MacGruber”. These lead to a parody movie of the same name.

It is also the inspiration for an upcoming TV series related to the parody movie. AND MacGyver was reborn (or rebooted) as a second generation action series of the same name thirty years later!

How about that for standing the test of time. So, why was the original 1980s MacGyver TV series so popular?

Why MacGyver Was So Popular

MacGyver was one of those shows from the 1980s that we will always remember when we look back on the decade. But what was the reason why the show was so successful?

There were in fact many reasons why MacGyver was a hit, so let’s take a look at what really made this show tick.

Even though MacGyver’s co-stars and guest stars used guns, the star of the show didn’t. Angus MacGyver hated them. For parents opposed to gun violence this was an easy win.

They could park their kids in front of an episode of Mac coming to the rescue and breathe easy that they weren’t supporting a role model that contradicted their morals.

In an era when TV action heroes like the A-Team and the Equalizer or movie action icons like Rambo relied heavily on their bullets, Angus was a sight for sore eyes.

Chemistry To The Rescue

Teachers, career chemists, and parents loved MacGyver because he celebrated chemistry. Not in a lecturing or preachy kind of way either. He just was a ninja with many chemical combinations and knew how to mix or match them to get out of a tight spot.

Engineering To The Rescue

Parents and engineers loved this guy too. Mac showed us how engineering wasn’t a boring relative of math class, but something helpful, macho, and life saving.

Every explanation Angus gave of how he was going to reverse engineer something to save the day gave you just a little more appreciation for engineers.

Mac made nerds cool. Before MacGyver, chemistry and engineering were nerdy territory. Then along came Mac who was The Fonz of the nerds.

Many of us weren’t surprised to find out the actor who played Fonzarelli (Henry Winkler) was an executive producer of this nerdy masterpiece. Fonzarelli didn’t rely on guns either.

In an era when cable TV was in its infancy and striving to be edgier (and sometimes unwholesome), this broadcast show was crisp and clean. “Wholesome” used to mean ‘Little House on the Prairie’ or even ‘Leave It to Beaver’. Not any more! MacGyver showed us how to be wholesome and adrenaline pumping at the same time.

It is a good thing that executive producer brought us a new version of MacGyver in the twenty first century as well, as those who watched in the 80s couldn’t get enough of the show. Will you be watching the new series and MacGyver spinoffs? 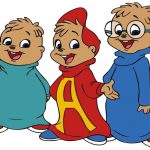 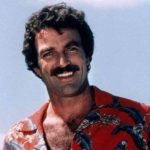