Who didn’t want to go “where everybody knows your name?” That phrase was made popular by the beloved television sitcom Cheers that premiered in 1982.

The storyline centers around Sam Malone, a former relief pitcher for the Boston Red Sox. Sam is the owner of the popular Boston watering hole named Cheers.

Throughout the series, a love story develops between Sam and Diane Chambers, who becomes a waitress at the bar. Other memorable characters include regular bar patrons Norm Peterson and Cliff Clavin, as well as bartender “Coach” and waitress Carla.

In the third season, we meet Kelsey Grammer’s character, Frasier Crane. He became so popular that he was given his own spinoff tv show, Frasier.

The show ran for an impressive 11 total seasons. The series finale was a momentous event watched by millions of excited viewers across the country. Cheers is still watched and loved by many Americans today. It is considered a timeless show, still relatable to fans both new and old. It also became a defining piece of 1980’s American culture.

So what made this long running series a hit?

The Popularity Of Cheers

One reason for the success of Cheers was the clever writing. Each episode featured funny one-liners and witty banter amongst the bar staff and patrons. The writers never failed to create hilarious situations, and the actors portrayed them effortlessly.

The show was filmed in front of a live studio audience, and you could feel the energy and hear the eruptive laughter of the crowd in each episode. Viewers were tuning in to see a sitcom masterpiece, and this one delivered the laughs.

Another element that kept the viewers coming back for more was the budding romance between Sam and Diane. The romantic tension could be felt from the pilot episode, and the audience wanted to see where this relationship was headed.

Viewers saw Sam and Diane go through their ups and downs, breakups and make ups. America wanted to know, “Will Sam and Diane end up together?”. Their romance set the stage for later sitcom relationships to come (Ross and Rachel, etc). After all, who doesn’t love a good love story?

Americans young and old will most likely recognize the iconic theme song from Cheers. The lyrics describe the bar as a place “where everybody knows your name and they’re always glad you came”. The song truly epitomized the feel and essence of the show. The audience came away from watching an episode of Cheers always feeling warm and pleasant.


Even today, watching reruns brings back a certain familiarity and nostalgia. The chemistry between the characters was felt through your TV screen. The cast of characters and their problems were relatable.

The Cheers bar felt like a place you would stop and have a drink on your way home from work. It seemed like the type of place where you could become a regular, and where your problems disappeared, something that appealed to many Americans at the time.

Fans in the 1980’s were definitely impressed with the Cheers sitcom. It will forever stand as an icon of 1980’s pop culture. With its genius writing, captivating story lines, and undeniable charm, Cheers will continue to live in the hearts of Americans everywhere. 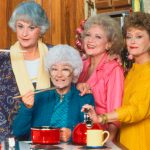 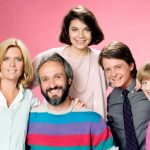