The Golden Girls is one of those timeless TV shows that everyone loved. It was witty, funny, and oddly relatable, making it one of the most beloved sitcoms of the 1980s.

In this series, Dorothy, Rose, Blanch, and Sofia are all fun, easy going women who battle their own personal lives while having such a strong bond of friendship with each other. These fun going gals will keep you guessing with all their hilarious adventures, as well as coming back for laugh after laugh.

The Golden Girls first aired in 1985, and the show seemed to be ahead of it’s time. This classic is still watchable now with how witty and endearing the show is.

The Golden Girls shows us just how important those who are close to us mean, and also how normal it is for them to also get on your nerves. These vivacious women stuck together through everything, and always laughed their way through tough times, which made you laugh too.

No matter how sad an episode got, it pulled the audience in and made them believe that everything was going to workout, something that Americans longed for at the time.

There were 7 seasons of this hit show, filled to the brim of enjoyment. People loved this show because it really talked to them on a personal level. In some way, we could all emphasize and relate to their problems. They taught us that it will work out how it’s supposed to in the end.

The show did a lot of good and risked a lot by featuring some topics in the show that were a bit more racy. At the time the show aired, certain topics were still touchy like LGBTQ type topics, but the show was pretty popular among the community. They weren’t afraid to step a little across the line and in the end, it worked out perfectly for them.

With all shows comes great behind the scenes facts about the show and cast. Sometimes movies and shows aren’t always made like we may think they are in our heads, but things go wrong, and things can change almost daily.

5 Things You Didn’t Know About The Golden Girls

There was much to love about the show. However, all things must come to an end and after 7 amazing seasons The Golden Girls did just that. Arthur was ready to leave the show by the time it actually happened. Many cried throughout the last episode and especially afterwards. The show found its way into many of our hearts, and left us continuing to love it in the end. 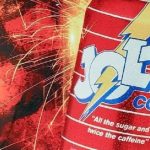 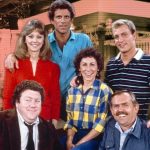