What were some of the most memorable 80s watches ever made? The 1980s were a time of bold fashion statements and bright colors, and watches were no exception. 80s fashion was all about having the right accessories, and this of course included having the right timepiece to complete your outfit.

In the 1980s, watches were a way to make a statement and set yourself apart from the crowd. They ranged from intricately decadent to sometimes downright goofy, and no matter who you were, having the right timepiece was essential. From Casio to Hublot, there was something for everyone at every price point.

When it came to 80s watches, your choices were just as diverse as the fashion of the decade. 80s watches spanned the gamut of classic analog timepieces to the advent of digital technology, and they also gave us some of the most memorable timepieces ever created.

So let’s look at the watches that made the 1980s so iconic.

The Casio Calculator Watch was one of the most popular watches of the 1980s, and it remains a classic today. First released in the early 80s, the watch was an instant hit with its unique combination of style and functionality. This iconic timepiece featured an LED display, a calculator function, and light! It quickly became a must-have accessory for fashion-forward individuals.

This watch was initially made from stainless steel and plastic with a signature black face. However over time, the watch came to be available in different colors and materials. It featured three rows of buttons and a calculator that could add, subtract, multiply and divide. It also had a built-in alarm, stopwatch, calendar, and 12/24-hour format options.

The watch was not only fashionable but also highly practical. Its calculator function made it an excellent choice for students and professionals alike. Today, the Casio Calculator Watch is still popular and sought after by collectors. It’s a great reminder of an era when technology was becoming more accessible to everyone.

The Rolex GMT-Master 16758 is a vintage watch that has recently become increasingly popular in the watch-collecting world again. This famous timepiece was introduced in 1978 and features a distinctive two-tone black and gold design with a rotating bezel. But it wasn’t until the 1980s when the watch really took off in popularity as a symbol of decadence and excess which really defined the decade.

This luxury watch is powered by automatic movement and offers both a GMT and date display. It was designed for frequent flyers who needed to track two different time zones, but it has become much more than just a practical tool – it has become a coveted fashion statement.

The Cartier Santos Galbee was one of the most popular watches of the 1980s. First designed in 1904 by Louis Cartier, the watch has gone through many iterations over the years. However it wasn’t until the 1980s that it truly exploded in popularity.

The Santos Galbee features an octagonal bezel, classic Roman numerals, and a quartz movement. It was a luxury watch that signaled status and style, making it the perfect accessory for the powerful elite of the era.

In 1981, the model was updated to feature a deployment buckle as well as a redesigned case. This was seen as a significant improvement over the original design as it made it easier to adjust the size.

The watch was also popularized by celebrities such as Joan Collins, who was often seen wearing the model during her appearances on TV shows like Dynasty.

Released in 1980, the Hublot First Model was one of the most fashionable watches of the era. This watch featured a unique cushion-shaped case with a porthole-style bezel, which has since become a signature style for Hublot. It was also one of the first watches to feature a rubber strap, adding a unique touch and making the watch more comfortable.

It was powered by a reliable quartz movement and came with a two-year warranty. The model was an instant hit and remains popular today. It is highly sought after by collectors for its unique design and quality construction. Whether you’re looking for a classic timepiece or something that stands out from the crowd, the Hublot First Model is an excellent choice.

The 1980s were a time of opulence, but on the other end of the spectrum were the masses that were interested in having budget-friendly watches. Thus the 80s Swatch Watch was born.

Founded in 1983, the Swatch Watch Company created low cost timepieces that were a hit with young adults. These watches came in a variety of colors, including bright neon colors that matched the bold neon clothing fashion trend of the 1980s.

Some “Swatches” also had interchangeable faces which allowed the wearer to have a different style watch basically every day of the week.

Launched in 1985, the IWC Da Vinci Perpetual Calendar was one of the most popular watches of the 1980s. Its timeless design and precision engineering made it a coveted item for many watch enthusiasts at the time.

It features a round stainless-steel case with a black dial adorned with elegant Roman numerals. Its hand-wound mechanical movement offers a power reserve of 42 hours and is accurate within two seconds per day. The perpetual calendar complication on this watch ensures that its wearer will never have to worry about adjusting the date again, as it automatically adjusts for short and long months.

The IWC Da Vinci Perpetual Calendar also features a moon phase complication that displays the moon’s phases on a sub-dial at six o’clock. It also has a chronograph function that allows its wearer to accurately time events.

The 1980s was an exciting time for watchmaking, with a multitude of iconic timepieces created during the decade. They ranged from the very opulent to the cheap, low-end plastic varieties. Despite the wide range in pricing, these 80s watches have all become collector’s items today and are still highly sought after.

For those looking to relive the nostalgia of the 80s, these timepieces are an excellent way to do so. Some may be expensive to obtain, but they also can be a great conversation piece and investment for any watch enthusiast. It’s clear that the 1980s was a groundbreaking time for watchmaking, and many of these watches are still appreciated today, and we don’t think that will end any time soon. 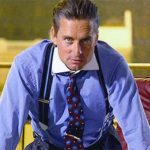 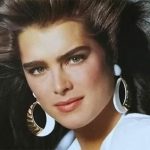