In the 1980s, the slicked back hair trend was seen everywhere. It was popular among men of all ages and had a certain appeal that made it stand out from other styles.

Today we will explore why the slicked back hairstyle was so popular during the 1980s and if it is making a comeback today. We will look at the history of the style, the reasons it became a fashion statement in the 80s, and how it has evolved over the years.

The Slicked Back Hairstyle

The slicked back hairstyle is a classic men’s haircut that originated in the early 1900s and eventually hit its heyday in the 1980s. It features a combed-back look, with short sides and a long top. The top is usually slicked back with either pomade, wax, or gel to get a smooth finish.

The slick-back look is timeless and iconic, making it a popular choice for men of all ages. The slick back is often associated with the “greaser” style popularized by James Dean and other Hollywood icons of the 1950s.

Today, the slick back can be seen in actors, musicians, athletes alike, and everyday men. It is a classic look that we think will never go out of style.

History Of Slicked Back Hair

The slicked back hairstyle has been around since the early 1900s when it was most commonly worn by silent film stars like Rudolph Valentino and John Barrymore.

However, it wasn’t until the 1980s that slicked back hair gained widespread popularity among men. During this decade, the slick back was a staple of male fashion, thanks to its versatile styling options and its polished, professional look.

The slicked back hairstyle is characterized by combed-back hair, sometimes with an optional side part. Hair gel is often used to achieve a glossy look and to keep the hair in place.

The length of the hair is up to the wearer, and many men opt for a shorter style to create a sharper look. It’s a classic hairstyle that can be worn casually or dressed up for a more formal occasion.

In the 1980s, the hairstyle was associated with power, professionalism, and sophistication. Men of all ages could be seen sporting this classic hairstyle, from business professionals to rock stars.

For young men, the slick back symbolized rebellion against conventional hairstyles. Young Hollywood stars further popularized the look like Johnny Depp who rocked the hairstyle for his infamous role as “Officer Tom Hanson” in the 80s classic TV show “21 Jump Street” (1987).

While the hairstyle has evolved somewhat over the years since the 1980s, it’s still seen as an iconic hairstyle. From Hollywood celebrities to everyday guys, the slick back continues to make a statement and project an image of power and sophistication.

The slick back hairstyle was a famous men’s hairstyle in the 1980s for many reasons. First and foremost, it was a classic style that had been popular for decades. It was seen on many famous figures such as James Dean, Elvis Presley, and David Bowie. It was easy to maintain, and it could be adapted to fit different face shapes and styles.

In the 1980s, the slick back became associated with a certain coolness, making it all the more attractive. Its clean lines and smart, neat look made it popular among stylish business people, actors, and musicians. It was also a style that could be dressed up or down depending on the occasion.

The slick back could also easily be achieved without going to the barber. Many men would use gel or pomade to slick back their hair and shape it into the desired style. It was a practical option for men who didn’t have the time or money to visit a barber regularly.

The slick back was also a unisex hairstyle, meaning both men and women could wear it. This meant that couples could share the same hairstyle, creating an air of unity and solidarity. Though during the 1980s, the slicked back hairstyle was predominantly worn by men.

Is Slicked Back Hair Still Popular?

The slick-back hairstyle is still popular today, though it is worn differently than in the 1980s. Rather than a flat and neat look, the modern, slick back has a lot of texture and movement. This is achieved with a blow dryer and a product that helps create a tousled and messy look. It’s also common to see a slick back combined with a disconnected undercut, which gives the style even more volume and texture.

Though the slick back isn’t as widely worn as it was in the 80s, it is still a popular hairstyle for men and women today. In fact more and more women have also started to rock the style, combining it with a power suit or blazer for a strong yet feminine look.

The hairstyle works well for those with medium to long hair and is excellent for formal occasions or when you want a put-together yet edgy look. With some styling products and practice, anyone can achieve the perfect slick back.

The slick-back hairstyle has had a long and varied history throughout the years, but it reached its peak popularity in the 1980s. It was a classic and stylish look for men of all ages, from business people to rock stars. While the style has never truly gone away, it is not as popular as it once was.

However, with the recent trend of 80s inspired fashion, the slick back hairstyle could make a comeback. The slick back is worth considering whether you’re looking for a classic look or want to channel some retro vibes. 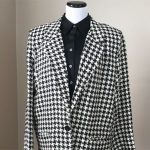 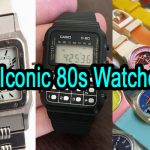