The Dynasty television show, which premiered on January 12, 1981, held a special allure for American audiences throughout the 80s decade. Considered one of the most popular soap operas of the 1980s (and the best to many fans), Aaron Spelling’s hit prime time soap opera kept its viewers on the edge of their seats for nine seasons, but unless you were there to experience it, you might find the fascination with this show mind-boggling.

During the 1980s, American audiences could not get enough of soap operas. With the introduction of the prime time soap opera, the options to introduce storylines that rose above your everyday daytime soap opera cliché were endless.

But, of course, there was a particular formula that networks had to leverage if they were going to attract the attention of the average female viewer and her reluctant spouse. Dynasty served its American audience the perfect mix of wealth, hostile takeovers, beauty, fashion, mischief, sex, scandal, and an occasional dash of action adventure.

The show touched on controversial topics like homosexuality to incest, and incorporated the occasional but oh-so predictable murder. The word “bitch” was a jaw-dropping adjective at the time, only used back then to make an exclamation point on an exchange of dialogue.

The Memorable Dynasty Cast and Characters

Centered around the Carringtons, Dynasty presented a story about Blake Carrington, a Colorado-based oil tycoon whose family was riddled with what America considered to be taboo flaws for that time.

It gave its viewers the fantasy of a glimpse of life behind the gates of corporate America in its Heyday. Blake’s son, Steven, was a tormented gay male, parading as a heterosexual. Blake’s daughter, Fallon, was initially presented as a promiscuous and outspoken character, limited in her father’s world and life by her gender.

Adam Carrington, who would later enter the cast, was a manipulative and dangerous character who would stop at nothing short of murder to prove himself worthy of having the Carrington name.

Blake was married to his secretary and second wife, Krystle, an attractive blue-eyed blonde who was presented as being of good qualities for all intents and purposes of the show. However, his first wife, Alexis, portrayed by Joan Collins, gave viewers a much-needed villainess. Alexis Carrington-Colby was the character watchers loved to hate. For viewers, watching Krystle and Joan was like having the opportunity to watch Glenda the Good Witch do battle with the Wicked Witch of the West from the Wizard of Oz.

The ongoing catfights between Krystle and Alexis were rooted in the age-old cliché battle of the first wife vs. the second wife. But, at times, it was Alexis against the world. Viewers loved the fights that Alexis found herself in with the female characters. They also occasionally enjoyed the good-looking men who drifted in and out of her life, like Dex, played by the late Michael Nader.

For Black viewers, the arrival of Blake Carrington’s beautiful half-sister Dominique Devereaux provided a much-needed splash of diversity to the cast and airwaves. Diahann Carroll’s entry as Dominque created a new appeal for new audiences who wanted to know who this prosperous no-nonsense character dared to stand toe-to-toe with the devilish Alexis Carrington.

At the height of its popularity, the show had a spin-off, known as The Colbys, which centered around a wealthy family, the Colby’s, who had ties back to the Carringtons. Unfortunately, the show only lasted two seasons.

When Was Dynasty Canceled?

Despite its early appeal, the networks canceled the original Dynasty television series in 1989 following two low-rating seasons. With 220 episodes and nine seasons entrenched in television history, the show ended with crazy cliffhangers, leading viewers to believe that most if not all of the cast perished in one way or another.

In 2017, The CW network launched a Dynasty reboot with a new cast of Carrington actors.

Where Can You Watch Dynasty Today?

Thanks to YouTube and streaming services like Amazon Prime, you can binge-watch the 80s Dynasty episodes from start to finish. Some episodes are free, but you may have to pay for one or more seasons depending on the service you choose to access.

Nevertheless, the nostalgia of the 80’s wealthy is well worth your coins. So, if you are ready to be transported back to a time of simple plots with a few twists and turns, do not hesitate to get going. 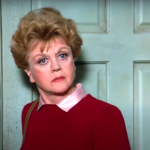 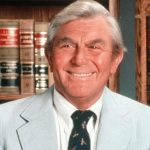