One of the most iconic hairstyles of the 1980s was feathered hair. Everyone remembers the 80s hairstyles that were over the top, but there were also some that were more conservative. Styles like 80s feathered hair were exactly that, and it was a popular choice among many young adult women (and men) during that era.

So what exactly was 80s feathered hair and why was it such a popular hairstyle?

What Was 80s Feathered Hair?

The 80s feathered hairstyle was a unisex hairstyle that was built with a shaving comb, moving it away from the face, to create a soft and smooth texture similar to that of a bird’s feathers (hence the name).

As this hairstyle was unisex, it adapted perfectly to the facial features of a man or a woman, although it was definitely more popular among women during the 1980s.

Arguably the face of the feathered hairstyle was actress Farrah Fawcett, and her celebrity and sex appeal catapulted the look into the mainstream during the late 1970s. When you think of “feathered hair”, the first person most people think of is Farrah Fawcett (and for good reason).

Fawcett came to fame with her role in the hit TV series “Charlie’s Angels” (1976) as Jane Munroe, and her flowing locks of hair made her a fashion icon.

The feathered hairstyle was generally worn with the hair parted in the middle, with feathers in the framing of the face and also in the fringe area. This hairstyle was very fashionable between the late 70s up until the end of the 80s.

It Looked Great Long Or Short

The feathered hairstyle was perfectly suited for both long and short hair. Women who chose to wear this hairstyle on long hair created “wings” through layers of hair that were then brushed with a shaving comb.

The hairstyle was then finished with the action of a good blow dryer. Heather Locklear wore the feathered hairstyle on long hair for a long time in the 80’s becoming a benchmark for the hairstyle.

A great example people think of when they imagine a short feathered hairstyle was the late Princess Diana during the 1980s.

The feathered hairstyle was one of the favorite hairstyles for women in the 80’s, and the style evolved to take new aesthetic forms.

Towards the middle of the 80s, the feathered hairstyle began to be combined with voluminous manes that projected a well-defined and unforgettable image.

Women combined the feathered hairstyle with teased, full-bodied cuts. Other women preferred to perm their hair and then apply the feathered style, resulting in a truly unique haircut. Other women were even braver and dared to mix styles.

The feathered hairstyle was a trend-setter in the 80’s because it reflected the glamour and elegance that women of that time aspired to.

However the feathered hairstyle, though popular in the 80s, fizzled out at the end of the decade. By then big hair was starting to fade away from fashion in favor of shorter, more easier to style hairdos.

Regardless of the decline in popularity, the 80s feathered hairstyle will be one that we will always remember. 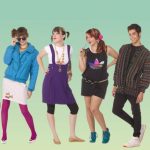 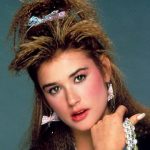