If you were a woman in the 1980s, there’s a good chance your rocked 80s bangs at some point. For those who grew up in the 1980s, there were countless possibilities when it came to creating that perfect style and look that set you apart from the crowd.

From mullets and bowl cuts, to Mohawks and perms, there were a wide variety of hairstyles for just about everyone.

However when it came to hairstyles for girls, one popular trend throughout the 80s and even into the 90s was bangs.

Bangs had become so popular in the 1980s that there were a lot of different styles depending on hair type. For girls with long, straight hair, “blowout bangs” were the most obvious choice.

For those with curly hair, there was even a style of curly bangs just for them. But of course, you can’t talk about the 80s without talking about the very popular “mall bangs” either.

Anyway let’s dive right into the popular bangs styles of the 1980s:

There were a lot of terms used in the 1980s to refer to people who spent all day long hanging around at the local mall. Known as mall rats, you could find these teenagers walking through the mall and checking out the different shops every single day after class.

And in order to keep their hair perfect while they walked for hours on end, they had to use a lot of hairspray and other popular hair products of the 1980s.

“Mall bangs” were a specific style of bangs that were reinforced with large volumes of hairspray like Aqua Net. Girls could spend an hour in front of the mirror teasing their bangs high above their head, giving them an extra 6 or even 8 inches in height.

The style would never stand up on their own, let alone keep standing for hours as they socialized at the mall. So girls started using large volumes of Aqua Net and other popular hairsprays in order to firm up their hair and maintain that perfect mall bangs look.

Although known by many different names, blowout bangs were another popular bangs hairstyle in the 80s. And a lot of that had to do with the fact that they had roots dating back to the 1960s.

The look, which had been previously known simply as “curtain bangs”, was that shaggy appearance of the hair and bangs being split down the center or off on one side. The term “blowout bangs” refer to the fact that they look as if the girl had just parted her hair with a leaf blower.

While there are some who preferred a smoother and sleeker look, for the most part they were very messy, frizzy mops of hair. After all, it was hard for someone with messy shags to achieve that perfect mall bangs or blunt bangs look.

Since the hair for “blowout bangs” was generally longer than traditional bangs, a lot could be done with them. While other girls had bangs that barely came down to their eyebrow level, blowout bangs were generally long enough that they could be tucked away behind the ears. Eventually, the curtain or blowout bangs would lead to the popular styles of the 90s which featured braided bangs.

Not every girl was capable of getting that perfect “mall bangs” look. It’s not as if they didn’t try, but rather it was more likely they had a sibling or other family member cut their bangs for them. Known simply as “blunt bangs”, this hairstyle was fairly popular in the 1980s.

They were a lot shorter than most of the other bangs styles that were popular at the time, which meant that you had to constantly trim them to keep them the right length.

There were a lot of variations of the blunt bangs style, including the crimping of the bangs to get them to stand out straighter or even stand up. While generally girls with blunt bangs did not use hair products, it was possible to pull off some very unique and interesting styles with enough hairspray.

For girls with hair that was naturally curly, pulling off the perfect bangs look was not an easy task. Girls with naturally curly hair wanted to achieve that popular “bangs look” as well, and it involved a lot of work and hairspray to get things right.

When pulled off perfectly, curly bangs were capable of bringing the volume of a naturally curly hairstyle forward. It was a very versatile and popular look that can still be pulled off today.

Bangs are a classic hairstyle that’s been around for decades, and we expect them to continue to be popular for decades to come. The 80s was a time for wild hairstyles, and the wilder and obscure versions of bangs seem to have been left there (thankfully).

However classic and more subtle versions continue to be popular today, and we don’t expect these timeless versions to go out of style any time soon. 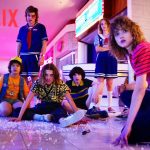 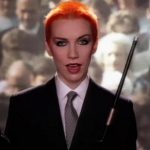