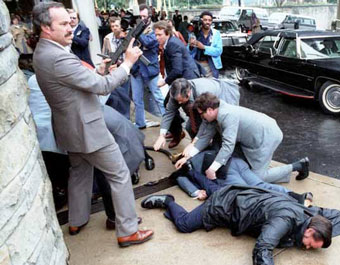 The assassination attempt of President Ronald Reagan happened on March 30, 1981, just 69 days after he stepped into office. While the president was leaving a speaking engagement in Washington Hilton Hotel in Washington, D.C., he together with three companions were shot.

A little bit past two o’clock in the afternoon, he left the hotel via the “President’s Walk”. His would-be shooter waited with a crowd of people outside. The president then walked directly in front of the shooter who fired his .22 long rifle revolver six times in a matter of seconds.

It was later discovered that a man named John Hinckley Jr. was the culprit behind this attempted assassination. Hinckley claims that what motivated him to do it was his desire to get the attention of Hollywood actress Jodie Foster. After watching the film Taxi Driver, Hinckley developed a liking for the actress that later on morphed into an obsession. He used to live in Hollywood in the late 70s and claimed to have seen the film about fifteen times. He also said that he strongly identified with the characters from 80s Robert De Niro movies.

Hinckley wanted to become a national figure so he could consider himself equal in social standing to Foster. He began stalking President Jimmy Carter and later on said that it was extremely easy to be near the president. Years later, he shifted his focus on President Ronald Reagan.

James Brady suffered the most serious injury in the group. It was so serious and had such a huge impact on Brady’s life that his death decades later was due to complications from the assassination attempt. In 2015, federal prosecutors made the announcement that there would be no charges filed against Hinckley for the death of Brady, even though a medical examiner stated that Brady’s death can be ruled as a homicide.

President Reagan took a bullet in his chest, and also near his left underarm. Because of the shots, he had a punctured lung and serious internal bleeding. But thanks to quick medical attention, the president was able to recover swiftly.

Hinckley arrived by bus to Washington two days before the assassination attempt and checked in at Park Central Hotel. By reading the Washington Star, he found the schedule of the president and made a decision to act. He knew his chances of surviving after shooting Reagan wasn’t high, so he wrote a letter to Foster a few hours prior. He stated in the letter that he wanted to impress the actress. The letter was never mailed.

During the attempted assassination attack, there was no formal invocation of presidential succession. It was reported, however, that Alexander Haig, Secretary of State, claimed that he was the one in charge while then Vice President George H. W. Bush was going back to Washington.

Fortunately, no one died that day. John Hinckley Jr. was declared insane by a court of law, which led to a not guilty verdict. Up to this day, he stays in a mental institution. 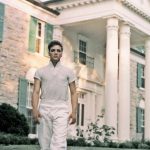 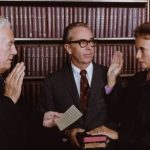