When it comes to iconic 1980’s TV shows, nothing comes close to the notoriety of “Roseanne”.

Roseanne is a comedy and drama sitcom that aired under the ABC network. The program had a long impressive run of ten seasons. Achieving such success one would ask, why did America love the 80s TV show “Roseanne” so much?

Why Roseanne Was A Hit

There are several reasons why the show was an epic hit, so lets a take a deeper look into why millions of Americans were glued to their TVs when the Connor Family came on.

The Connor family depicted things ordinary people would experience too. The struggle of being in the working class living on paycheck after paycheck. Experiencing difficult bosses and being harassed at work. Children going through puberty and experiencing changes in their bodies. How to get along with your parents and in-laws.

It also tackles a lot of relationship issues be it friendship, romantic, or family. That made the viewers feel this program understood who they were.

2. The Characters Were Flawed And Relatable

Everyone has most likely at one point or another decided to walk away from a job, or have had difficulty finding a new one. This is the same thing Roseanne experienced when she quit the factory.

As a teenager, you might have had a problem fitting in like Darlene did. There is just so much going on for an adolescent to process during their developing years.

Dan’s struggles to be a good provider are also one of the show’s highlights. He may not have been always successful, but you got to give the man some credit for trying.

And of course one way or another, you may have had a special bond with your sibling despite everything else like Roseanne and Jackie did.

3. The Comedy Routines Were On Point

The Connor household is hilarious as they try to move forward with their daily lives. Roseanne in a bathrobe with curlers on her hair would be delivering sarcastic funny lines, it was a non-stop riot.

The comedy in this show is often praised for making socially relevant concerns spun into a barrel of laughs. The show also has a lot of imagination, like the musical dream sequence trial of Roseanne in the bathroom.

In the dream, she has committed a crime because she could not enjoy some alone time in the bath. That episode was just epic.

4. Roseanne Had A Lot Of Plot Twists

Through the course of the series, some revelations surprised its audience. Like for example, Roseanne’s mom coming out as a lesbian in season 9.

There was also an instance the Connors won the lottery and a business was set up. But in the end, things snapped back to reality that it was just Roseanne’s imagination.

Then in the later seasons, there was a time Dan was accused of cheating. But in truth, Roseanne only tried to convince herself that to cope with his passing.

Eventually, in the revival of the series in 2018, Dan’s character was not written out so surprise, he was still alive. Besides the comedy yes, the show also had lots of drama that kept things balanced.

5. The Cast Had Great Chemistry Together

Dan and Roseanne as a married couple with their imperfections was something the fans appreciated. The way characters developed as they worked hard for their family is very memorable. The way they built their relationship with their children, Becky, Darlene, D.J., and Jerry flows with genuine emotion.

Roseanne in general is a rollercoaster of drama and laughs that everyone will remember for years and years to come. And that’s why it remains not just one of the most memorable sitcoms of the 1980s, but also of all time. 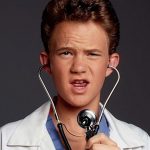 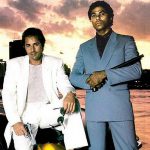