Doogie Howser, MD was a show that aired in the last year of the 1980s (1989) and ran for four seasons until it was canceled in 1993 on the channel ABC. During its runtime, it had a glorious 97 episodes. The show also starred popular actor Neil Patrick Harris in the starring role as a child prodigy who plays the role of a medical doctor.

Why We Loved Doogie Howser

Doogie Howser was a medical drama show that aired in the 80s. The show follows Doogie Howser (Neil Patrick Harris’s character), a teenager who deals with regular problems that youth face while also being a licensed physician for a program. In the first episode, Doogie assists a person who was injured in a car accident.

Other than being a medical drama show, the show also tackles serious subjects that happen in real life like racism, sexism, violence, and homophobia among other issues.

Who Stars In Doogie Howser?

The star of the show is Doogie Howser himself, who was played by the popular Neil Patrick Harris who became a huge star in other movies, tv shows, and other things in entertainment.

Besides Neil Patrick Harris, there are other actors and actresses who played a huge role in the show. Doogie Howser’s parents, Katherine and David, were played by Belinda Montgomery and James Sikking respectively.

Why Was Doogie Howser So Popular?

The show was also popular because it was relatable. In this show, Doogie Howser is a young teen that deals with common issues among youth, which younger audiences appreciated.

Another reason this show was popular was that it tackled issues that people deal with in real life. One in particular during the 1980s was the rise of AIDS, an STD that affects both men and women alike.

Other issues that are still ongoing are racism, sexism, homophobia, etc. These are just a few reasons why the show was one of the most popular shows of the 1980s.

Some of the other TV shows and movies Neil Patrick Harris would star in include Starship Trooper, Gone Girl, How I Met Your Mother, A Series of Unfortunate Events, among others.

In Starship Trooper, he played Carl Jenkins. In Gone Girl (a movie that is based on the 2012 crime novel by Gillian Flynn), he played Desi Collings, the former boyfriend of one of the main characters.

In How I Met Your Mother, he played Barney Stinson, a wealthy playboy. In A Series Of Unfortunate Events (based on the children’s book series by Lemony Snicket), he plays Count Olaf, the relative of the two main characters.

On IMDB, the show has a 6.5 out of 10-star rating. On other review sites, Metacritic gave it an average rating and on Rotten Tomatoes, it was given a 60%. The show also won several awards which include the people’s choice award, primetime Emmy award, among others.

Regardless of the mixed ratings and reviews of the show, anyone who grew up in the 1980s will fondly remember watching Doogie Howser’s weekly adventures, and we will always remember it as one of the more interesting tv shows from the 1980s. 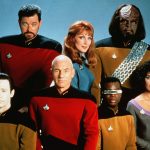 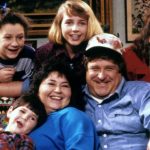