Converse All-Stars saw the peak of their popularity in the 1980s with more than 8 million pairs sold in 1986 alone. While the shoes themselves had been around since 1921, they had not changed much in their design over that 60+ years period.

As a result, nearly 500 million pairs of the popular Chuck Taylor All-Stars had been manufactured and sold since their introduction.

You may not know the name of this popular 1980s fashion trend, but you will definitely recognize the shoe. They were everywhere in the 80s, and they still continue to be a popular shoe choice today.

The fashion was very popular amongst young adults in the 80s, particularly teenagers, and it was a casual fashion that was both stylish and comfortable.

Before Nike and Reebok, Converse dominated the shoe scene, and the All Star was a shoe that was seen everywhere in the 1980s. It was heavily marketed by Converse, and the shoe went well with many 80s fashion trends like Slouchy Socks and Leg Warmers, as well as came in many bright colors which went well with the neon clothing fashion trend of the time. Here’s a commercial from the 1980s advertising the iconic shoe:

The Converse Chuck Taylor All-Stars received their name from a basketball player who had joined the company as a salesman. Having experience in the basketball industry, Chuck Taylor presented a number of marketing and design ideas that the company adopted in order to improve the design and capabilities of the shoes.

Together, Chuck Taylor and Converse worked to create the very first athlete-endorsed shoes that would be promoted to basketball players of all ages and skill sets. The final touch of the newly designed Converse shoes was a star patch and Chuck Taylor’s signature.

In order to promote the Chuck Taylor All-Stars to the public, Converse began holding basketball clinics at various high schools, gyms, and other similar facilities across the country. Not only would Chuck Taylor teach the fundamental skills needed to play the game of basketball, but he would also promote the use of his All-Stars.

Eventually, Chuck Taylor would become a player and a manager of a basketball team that was sponsored by the company itself. This team was based out of Chicago and was specifically established for the purpose of promoting the shoes.

Because of all the hard work related to the promotion of the All-Stars, by the 1950s they had become a standard in high school sports. If you were playing basketball in the 1950s, then chances are you were wearing a pair of Chuck Taylors. Then by the 1960s, more than 70% of the basketball industry was wearing nothing but Chuck Taylors.

For Converse, there was no need to promote anything else because their Chuck Taylors were simply the most popular thing out there.

However due to an increase in competition in the 1970s, converse began to struggle financially. It was no longer the most popular shoe amongst basketball players, and as a result, by the end of the 1970s very few professional players still wore them on the court. One of the last players to wear the popular Converse Chuck Taylor All-Stars on the court was Tree Rollins.

Thanks to the film and music industry, the popularity of Chuck Taylor All-Stars flourished in the 1980s. They were the first and only shoes used for skateboarding during the decade, and a generation grew up wearing them as casual footwear.

While many other brands started producing skateboarding shoes in the late 80s and early 90s, most boarders preferred the Chuck Taylors over any other shoe.

Likewise, the wearing of Chuck Taylors was popularized by famous actors like James Dean, and musicians like Kurt Cobain. In fact, the opening sequence for the Smells Like Teen Spirit music video features Kurt Cobain wearing a pair of Chuck Taylor All-Stars.

The Converse Chuck Taylor All Star shoe has been around for so long that it seems like it’s a fashion trend that will never go out of style. Not only was it popular for decades before the 1980s, it continues to be popular for many decades after.

One reason for their enduring popularity is its timeless design. It’s not overly outrageous, and the variety of colors and comfortable nature of the shoe make it a fashion that is both stylish and functional. And it’s fashion trends that have both these features are the ones that tend to withstand the test of time.

So while this popular 1980s fashion trend seems to be decades old, we expect the Converse Chuck Taylor All Stars to be around for many decades to come, as it is a fashion trend that has never really left. 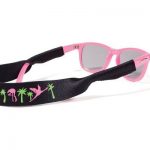 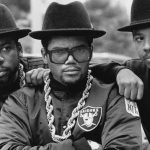