One of the best things about being a kid in the 80s was the cartoons. Waking up early, grabbing a bowl of cereal, and plopping in front of the television for some high-quality animated entertainment was the perfect way to spend your time. And if you happened to be a kid in the 80s, chances are you watched Disney’s Adventures of the Gummi Bears.

Disney’s Adventures Of The Gummi Bears

This animated series was produced by Walt Disney Television and had a total of 95 episodes that ran from September 14, 1985, to September 6, 1991. The show’s iconic theme song was written by Michael and Patty Silversher, and was performed by Joseph Williams.

This led to them leaving behind small colonies like the main one in the series, Gummi Glen. Since the Gummies had remained in hiding and there had been no human sightings of them in hundreds of years, their existence was said to be that of just fairytales.

The series specifically followed the adventures of the Gummi Glen Gummies. There were seven main characters:

· Cubbi Gummi (the youngest Gummi who dreams of being a Gummi Knight), and

· Augustus Gummi (the artist who was stranded on an island for twelve years but was saved and brought to Gummi Glen when Gruffi and Tummi ended up shipwrecked on his island) This character was brought in at the end of the second season.

Because there were only 6 Gummi Bears in Gummi Glen, they were at risk for extinction. And since only these few remained, most of their culture and technology knowledge had been lost.

While they did have the Great Book of Gummi that contained all of their ancient wisdom, they did not possess the Gummi Bear Medallion, which would unlock this book.

However, this changes when they come in contact with a human boy named Cavin, who is wearing a Gummi Medallion. At first, the Gummi Bears aren’t sure if they should trust him, but he eventually gains their trust. He promises not to tell anybody else about them.

Cavin, aware of their abilities, asks them for help in defending his homeland from Duke Igthorn, who is regularly on the hunt for the Gummi Bears. Unfortunately, the Gummies aren’t too keen on the idea since they want to stay hidden away. So Cavin leaves but forgets to take the Gummi Medallion with him. The Gummi Bears then use the medallion to open the Great Book of Gummi, learn all of the ancient wisdom, and decide to help defend Cavin’s home.

One of the most memorable parts of Disney’s Gummi Bears was the dark purple Gummiberry Juice that they created. While it gave them incredible jumping powers to escape dangerous situations, it would also provide humans with super-human strength.

So naturally, this meant the villainous Duke Igthorn wanted desperately to get his hands on this juice. Luckily, the Gummi Bears have Cavin on their side and another human they meet along the way named Princess Calla of Dunwyn, who makes sure Igthorn doesn’t get a chance to steal the magical elixir.

As the series goes on, the Gummi Bears discover their ancestors’ technology and their magic. But, unfortunately, this technology is sometimes destroyed to keep it from falling into the wrong hands of evil Duke Igthorn, his ogre army, and Lady Bane.

Eventually, the Gummi Glen bears come into contact with other Gummies in the land of New Gumbria. At this point, they convince those living there to come back and help them defeat the evil Duke Igthorn and take back their original settlements.

Disney’s Adventures of the Gummi Bears is a great watch and perfect if you’re looking to take a trip down 80s cartoon nostalgia lane. It’s full of fun and adventure, and is definitely a binge worthy throwback cartoon if you have the time. 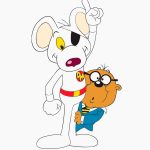 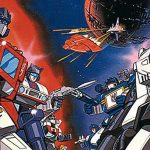