Danger Mouse was a British animated series. The show was a parody of the James Bond films and British spy stories.

For those of us that grew up in the 1980’s, Danger Mouse was a standard staple of our cartoon viewing diet that we will soon not forget.

The History Of Danger Mouse

The creation of Danger Mouse came from the mind of Mark Hall and Brian Cosgrove. They decided to create the show through their production company Cosgrove Hall Films.

The main character of the show was obviously named Danger Mouse, and Danger Mouse was called the world’s best secret agent. The character was voiced by David Jason.

However, it was decided that the show needed to embrace silliness. As the show was developed, Brian Trueman was brought on board to be the writer for the animated series.

The character of Danger Mouse needed a voice to make it come to life. Therefore, Brian and Mark chose David Jason to voice the character. The show included a sidekick for Danger Mouse that was named Ernest Penfold.

Terry Scott was cast in the role as Penfold, and the show premiered in September 1981. Three years later, the show made its debut on the Nickelodeon channel in America. At the time, the show was the first animated show to be shown in America.

The show wasn’t cheap to make due to the several artists that were needed to draw the characters. The show used 2,000 drawings for the characters. As a result of this, the show’s footage was reused at times. Certain scenes from the show took place in the North Pole or in the dark. This was shown to be cost effective in saving time and money.

When the show made its debut in 1984 on the Nickelodeon channel in America, it became an instant success. Both preteens and adults enjoyed the show, and the popularity was due to the show’s quick-witted sense of British humor. The show was also known for its outrageous plots and soft satire on politics that audiences loved.

During the 1980’s the show’s viewership was very high. 21 million viewers tuned in each week to watch the adventures of Danger Mouse. In the U.K., Danger Mouse was voted as the third greatest children’s television show. IGN named the show as the 62nd best animated series due to its popularity with the United States audience.

The success of Danger Mouse lead to numerous nominations. It was nominated for 11 BAFTA awards. However, it didn’t win any BAFTA awards. The show also had a comic book series that was written by Angus P. Allan, and the comics drawings were done by Arthur Ranson.

In 1985, several video games debuted that were based on the animated series. The show spawned jigsaw puzzles, manuals, and storybooks. In 2015, a revival of the series debuted on Netflix, and Danger Mouse still continues to be a fond memory for many of us that grew up in the 1980’s. 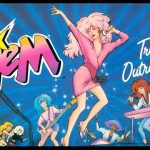 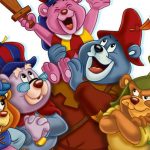