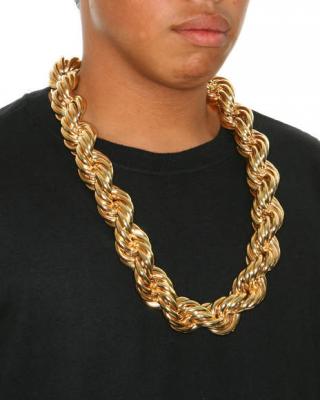 Before the word bling became a buzzword, rap and hip-hop artists were all about fashion accessories such as dookie chains. The dookie chain is a thick necklace that looks like a braided rope. It’s usually made of gold (or gold-plated), but there are some platinum versions floating around as well.

The fact they were worn by rap artists at the time, and the popularity of MTV ensured that every teenager as well as many adults who wanted to look cool would be getting their own dookie chains.

The dookie chain was among the most conspicuous trends during the 1980s, and if you take a look around at today’s crop of hip-hop artists it never really left the fashion landscape. Hip-hop artists are still wearing them today, though of course they are not as popular as they once were.

There’s no point in discussing the rise of 80s hip hop fashion and dookie chains without discussing rap, because the two concepts are really intertwined. Back in the 80s, it was all about artists like Michael Jackson, Madonna, Bruce Springsteen, The Police, and the New Wave Artists all crowding for the music lover’s attention. Later in the decade, glam rock would also enter the scene.

But when you consider that particular side of the music scene, it was just a bit too white and polite. African-Americans have always been at the forefront of musical trends, but the black trendsetters tended to stay away when white artists crowded them out.


Black folks in the US invented jazz and rock n’ roll, and the 1980s were ripe for another new trend. That trend was rap, and it would spawn a musical style so massive that even today it still dominates the music charts. It remained huge even when grunge entered the scene, when the boy bands and the girly singers topped the charts, and when country began to become more mainstream. 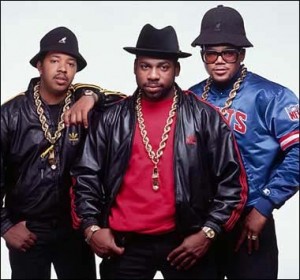 For those who wanted a bit of rebellion in their music, rap was perfect. It started out as a reaction against racism in America and an assertion of black culture against the onset of Reagan conservatism. That’s also the point of the dookie chains as well—they were essentially a slap in the face to all the (white) fashionistas who dared set rules about styles.

The Allure Of Dookie Chains

But what made rap artists wear them in the first place? They were ostentatious. Simply put, they were made to be seen. They weren’t made to be worn discreetly under the shirt at all. And all that metal was a statement about money and luxury.

When you think about it, these chains don’t have any real practical use. They simply screamed that the wearer had the money to actually afford such a huge gold necklace. For rap artists, it was a sign of success, and it was meant to disprove the racist stereotype that all black people in the US were poor. Dookie chains symbolized success, luxury, power and rebellion, and it still does so today for both white and black folks. 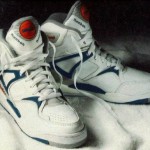 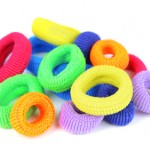