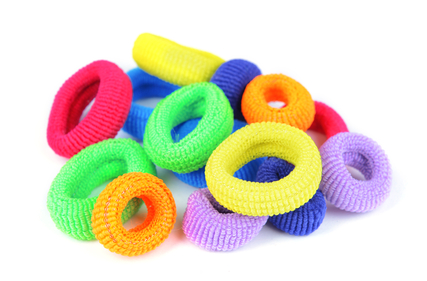 Ah, the scrunchies. These convenient fashion accessories that help tie your hair back (or to the side, or on top) is perhaps one of the best symbols of how love can easily turn to hate.

Sarah Jessica Parker used to wear them a lot back in the 1980s, but she also became the most vocal anti-scrunchie advocate of them all when she notoriously derided them in a Sex and the City episode.

Now it is turning to love again, with so many famous people defying convention by wearing them. We’ve got elegant ladies like Catherine Zeta-Jones, Sienna Miller, and Hillary Clinton wearing them, and younger babes like Selena Gomez, Cara Delevingne, and Prince Harry’s girlfriend are rocking the look as well.

Scrunchies In The 80s

From the historical records of those “ancient times,” it appeared that the scrunchie was first patented by a woman named Rommy Revson back in 1986. The design was basically a piece of rubber band with a scrunched up piece of fabric wrapped around it.

The original product Revson patented was named “Scunci” after her toy poodle at the time, but it eventually became the “Scrunchie” as we all know and love today.

The fabric protected the hair from being damaged by the elastic, and a new hair accessory craze was born. Revson’s design was copied by so many different manufacturers that she and her lawyer were always involved in some sort of patent dispute.


But the scrunchie’s popularity was not driven by celebrity endorsements. In fact, the huge customer response to the scrunchie was because many women recognize a good thing when they see one.

The scrunchie helped women tame their hair and make it look more organized. That was important, because the decade was also known for the big hair trend. But you can use them in a way that didn’t damage the hair, which was something you couldn’t say about standard rubber bands and even hair clips. The fabric protected the hair.

The Rise Of Neon Scrunchies

During the 80s there was a huge neon fashion trend and scrunchies fit right into that world. Scrunchies could be found in basically almost any bright color making it the perfect hair accessory during the 1980s.

And finally, that fabric was really ostentatious, which means that it can be used to coordinate with the rest of your outfit. It projected a look that’s both casual and relaxed, and it can even counterbalance formal attire. What’s not to like?

By the time celebrities were wearing them on TV, their viewers were already wearing scrunchies themselves. It was one of the rare times when celebs followed trends instead of setting them.

Nowadays, you can probably still rock the scrunchie look without looking like you’re going to a Madonna concert. There are lots of scrunchies in the market, and you know it’s not entirely a bad thing when even the famous Marc Jacobs is selling them too. You can get them in more modern prints and colors, and they don’t have to be all that large either.

But if you want to re-live the eighties, why not? Get them in the most obnoxious neon colors you can find, and make sure they’re large enough. They’re great for long hair, and the retro appeal can be truly fascinating. All you need is the attitude—and the belief that no scripted character on a defunct TV show (plus a failed movie series) will tell you what you can do with your own hair. 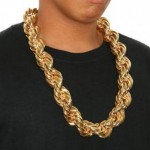 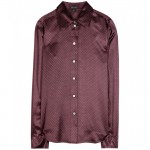