Jem and the Holograms was a popular animated show during the 1980’s. The series ran for three seasons, and was hugely popular and changed the way we viewed female cartoon heroes.

If you were around in the 1980s, you no doubt at least watched a few episodes of this iconic cartoon. It was heavily marketed at the time, and really embodied the spirit of the 1980s.

A History Of Jem And The Holograms

One of the writers from G.I. Joe was brought on board to write the script for the series (Christy Marx). The series was decided to be based on a line of dolls that was selling well at the time. From there Jem and the Holograms was on the way to being created.

Browse Jem And The Holograms Stuff On Amazon Here

At the time, the original concept for the show focused on two girl bands. They were Synergy and the Rockin’ Roadster. As the show was being created, Marx created the character’s biographies and their relationships.

As the show developed, she also created other characters that were introduced on the show. Marx wrote and developed 23 out of the 54 episodes.

In addition to Marx being the writer, story editor, and creator for the show, other writers were brought on board to help flesh out the characters and develop them. The writers were Michael Reaves, David Wise, Mary Skrenes, Richard Merwin, Clare Noto, Chris Pelzer, and many others. Joe Bacal, Tom Griffin, and Margaret Loesch were brought on board to the show to be the executive producers.

Many staff members from the DePatie-Freleng studio were included in the show’s development as well. These people were responsible for the series directors and supervising the animation. They were Gerry Chiniquy, Tom Ray, and others.

For the main character of Jem, Samantha Newark was cast in the role. However, she only did the speaking voices for both Jem and Jerrica. She didn’t do any of the singing on the show.

The show was noted for including music videos which was revolutionary at the time. This was the result of the popularity of MTV. which was very influential on young audiences when it began airing back in 1981.

The show format had three songs for the music videos in every episode. The song lyrics for the popular 1980’s cartoon Jem and the Holograms were created by Barry Harman.

The show’s success lead to it being in aired reruns after the show ended in 1988. By 2012, Netflix decided that it would air Jem and the Holograms. The shows also lead to dolls created by Hasbro.

In 2015, a theatrical film called Jem and the Holograms debuted. However, the film received negative reviews by film critics and fans. The film failed at the box office, however Jem and the gang still remain close to our hearts for those that grew up with her in the glorious 1980’s. 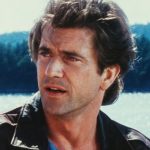