Joan Jett was an 80s superstar, and if you grew up in the 1980s you definitely probably heard her music at least one time or another. In fact even if you weren’t alive in the 1980s, chances are you will recognize her music when you hear it.

Back in 1975, a British band by the name of “The Arrows” recorded a song that was considered by many in the industry to be a flop. That was, until 1981 when a budding young rock musician by the name of Joan Jett recorded a cover version of the song and entitled her first album after it. I Love Rock ‘n’ Roll became an instant success, and Joan Jett skyrocketed up the charts. In 1982, her song hit number three on the billboards.

From then Joan Jett’s 80s career took off, and she became one of the 80s musicians that we still look back on fondly today.

Joan Jett In The 80s

In the 1980s, Joan Jett was not new to the rock industry, in fact she was well known for her work with the Sex Pistols. But it wasn’t until the early 80s that she decided to form her own band, the Blackhearts. With limited funds and the help of some friends, Joan threw together an advertisement that was posted in the LA Weekly, looking for three men to perform with her. With the help of the newly formed band, the Blackhearts began playing gigs up and down the West Coast.

Joan Jett quickly became a success in the budding punk rock industry of the early 1980s. By the time their second album was released, the band had become so popular that they were regularly touring with big names such as Queen, Aerosmith, and The Police. A number of the songs on her second album even made it into the Top 40s.

Thanks to the MTV generation, her rise to stardom accelerated. To give her more of a boost, the Sugarhill Gang, as well as the Beach Boys appeared on her third album entitled “Good Music”.

Later on in their careers the Blackhearts would be invited to play on Broadway. It was the first time that any rock band had been invited to perform any shows, let alone an entire series at the famous Lunt-Fontanne Theater.


As the years went on, and the punk rock genre and punk rock fashion became more popular, so too did Joan Jett and the Blackhearts. Big names in the industry were reaching out to her to help them write music for their own albums.

In 1989 Alice Cooper worked with Joan Jett to write the song “House of Fire” which appeared on his next album, “Trash”.

By 1993, Joan Jett had gone from the queen of punk rock music to a queen of the rock music industry. After she founded her own recording company, she began producing for names like Bikini Kill and Circus Lupus, who helped fuel the entire Riot Grrrl movement of the 90s.

Over the years, while the members of the Blackhearts changed, the band continued to play. In 2005, to celebrate the 25th anniversary of her recording company, Joan Jett played at Webster Hall and sold out the show. The following year, they released yet another album and appeared on the Warped Tour to help support its release.

In 2021, Joan Jett and the Blackhearts celebrated the 40th anniversary of their very first album,” I Love Rock ‘n’ Roll”, with a graphic novel. And the following year they released their most recent album, “Changeup”, as their first-ever acoustic album. Jett also performed with Miley Cyrus at Superbowl LV.

As you can see from the above video, Joan Jett hasn’t missed a beat, and contemporary artists still look up to her as a pioneer in the music industry.

Joan Jett’s work in the punk rock industry changed the way the world looks at 80s rock music. And for that, us kids of the 1980s will always thank her. 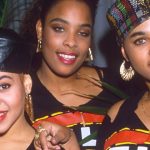 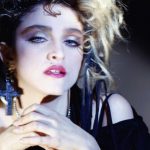