Although there were many excellent songs that came out in the 1980s, it was the end of the 80s that saw big hits like “Love Shack” from the B-52’s that really helped define the music of the decade.

The band itself was originally from Athens, Georgia and had been in the music industry since the late 70s. However, it wasn’t until the release of “Love Shack” in 1989 that the band climbed its way to the top of the charts.

The song “Love Shack” was written by all the band members together. They wanted to commercialize on the idea of a club out in the middle of nowhere, where everyone was included and free to dance, be sexy, and simply have fun together.

Browse Music By The B-52s On Amazon Here

They began piecing together what they felt would be the perfect club location to just get away from it all. It was sort of a free for all jam where every member of the band put in little touches of their own to create the perfect ensemble.

The hardest part of writing the song was the chorus which was saved for last. It was Kate Pierson who provided the setting for the “Love Shack” and cemented the chorus.

The Story Behind “Love Shack”

Believe it or not, the “Love Shack” was actually based on a real place. Just outside of Athens Georgia, there was a small, 5-room cabin located at the edge of town. It was the place that Kate Pierson had called home throughout the late 1970s.

The run-down shack literally had no running water or plumbing, and if someone needed to use the bathroom, they would have to go to an outhouse located behind the shack in the woods.

It was for the band, a little old place where they could get together and feel free to dance and have fun.

The “Love Shack” Burned to the Ground

Unfortunately, the actual “Love Shack” only survived for another decade and a half before it mysteriously burned to the ground. In 2004, the 5-room cabin that was Kate Pierson’s home throughout the late 70s, and the inspiration for the song, was believed to have been burned down as a result of arson.

Despite all of the years that had passed since the band stopped using the location as their get-together point, not much had changed. There was still no plumbing or running water, and at the time of the fire, there wasn’t even any power.

Although the property had been under renovation, most of the building materials had already been stolen by the time the fire took place.

In the 1980s, a song was not considered a hit until it made its way onto MTV. And, “Love Shack” was one of those popular songs that eventually made its way there. The music video was directed by Adam Bernstein but was filmed in Highland, New York, at the art studio of Philip Maberry.

The video itself was notable because it featured a cameo appearance by RuPaul long before he made his first appearance in mainstream media.

The following year, MTV awarded the B-52’s for creating the Best Group Video. Within less than a year, the song had climbed its way to the top of the music charts and sold more than 1 million copies.

It was the band’s first song to reach the top 40, and in November 1989 it peeked out at the number three spot on the Billboard charts.

It also made its way to number 5 in Canada, number 2 in the UK, and number one in Australia, Ireland, and New Zealand. The official video on YouTube has received nearly 60 million views. 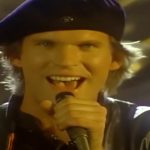 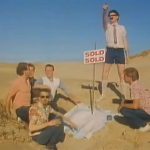