One iconic and unforgettable song of the early 1980s was never written to be part of an album, rather it was created specifically as a theme song for a movie.

The song itself starts off with an unforgettable guitar riff that motivates you to get off your feet and start moving. And over the years, it has become a fight song, a song for champions, and a song to inspire you to work harder than you have ever done before.

“Eye of the Tiger” has been an important part of the music industry since its release in 1982. And arguably it is one of the most memorable songs of that era as it is still can be found everywhere on TV and in movies today.

Eye Of The Tiger By Survivor

While the song “Eye of the Tiger” was written by Jim Peterik and Frankie Sullivan of the band Survivor, its creation was the result of a special request by none other than Sylvester Stallone. After the success of the first two Rocky movies, Stallone wanted something special for the third installment of the franchise.

As a result, he reached out to the founders of Survivor and requested that they create the perfect theme song for his next film. After hearing the demo for the first time, Stallone asked if they could make the beat of the drums louder, and even add a third verse. The result was one of the most iconic songs of the early 1980s.

Before anyone had heard it on an album, or even on the radio, the song “Eye of the Tiger” appeared on the big screen. It was the theme song for the third installment of the Rocky franchise, and it was specifically designed to be upbeat and motivating.

The movie begins with the end of the match between Rocky Balboa and Apollo Creed. After Rocky takes the win, he lifts his belt high above his head, and slowly the sound of the opening guitar riff from “Eye of the Tiger” can be heard.

And, as the first loud drumbeats through the theater, fireworks appear on the big screen symbolizing the importance of the win to Rocky, and the hard work that went into the title match.

“Eye Of The Tiger” In Pop Culture

But the song “Eye of the Tiger” was much more than just another film theme song, it quickly grew and became a part of popular culture in the early 1980s. Not only did it appear again in the following Rocky film, but people all around the world began using the song as a form of motivation for just about every athletic endeavor.

The gritty song has an undeniable beat that makes it so simple yet powerful. It’s easy for marching bands to play, and motivate the fans to cheer for their favorite team. And today, whenever someone mentions the name of the song, the first thing that comes to anyone’s mind is the image of a ferocious tiger.

The Eye Of The Tiger Legacy

Shortly after the release of Rocky III in the theaters, “Eye of the Tiger” began appearing on MTV and could be heard on radio stations around the country. As result, by the middle of 1982, it had worked its way all the way up to the number one spot on the Billboard charts. It managed to stay as the top song for over 6 weeks and even spent another 15 weeks as number 2.

The only song that spent more time at the top of the charts was John Cougar Mellencamp’s “Hurts so Good”. By August 1982, the song had already been certified platinum which signified that more than 2 million copies of the record had been sold worldwide.

To date, there have been more than 4 million digital downloads of “Eye of the Tiger” and even the official video on YouTube has received nearly 800 million views. 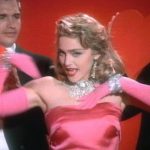 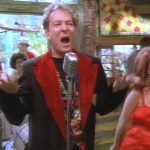