Depeche Mode was one of the most popular bands of the 1980s. With a career spanning over 32 years, the band has made an impressive mark on music history. Although many of their songs are catchy and have even become dance classics, the band also addressed some darker topics. In their songs, they touched on sex, religion, drug abuse, politics, and even suicide.

So what were the most popular Depeche Mode songs from the 1980s? Here is the list of the ones that made a difference—you may even recognize some of them!

Just Can’t Get Enough manages to end up on almost any 80s compilation playlist, and for good reason. This bright and joyful track brings tremendous energy with shiny synths, and a bouncing, electric bass. It’s not only a dance classic, but also one of the most memorable songs in Depeche’s Mode discography.

In stark contrast with the rest of the band’s catalogue, this song has a happy, silly energy and none of the darkness we’ve been used to from some of their other tracks.

Personal Jesus is one of the last songs that Depche Mode released in the 1980s (it dates from 1989), but it’s without a doubt one of their best. In fact, this song helped the band reached the massive popularity it eventually got in the 1990s.

The song is all about idolizing someone, seeing them as your personal savior. It’s a song about love, devotion, and most of all obsession. With a catchy chorus and beautiful synthesizers, it’s one of the band’s most noteworthy songs.

Throughout the years, this song has been covered by a wide range of big-name artists, including Johnny Cash, Marilyn Manson, and Hillary Duff.

Everything Counts came out as a single in 1983. It’s another one of Depeche Mode’s more “fun” songs, which incorporates a melodica, a xylophone, and some more classic-sounding synthesizers. In this song, the band addresses the topic of corporate greed, and how it impacts people’s lives. The topic of the song and its shiny tunes provide a great contrast for each other, making it one of Depeche’s Mode very best songs.

First released in their 1984 album Some Great Rewards, this darker song tells the story of a 16-year-old girl who tries to kill herself. The suicide attempts fails, but she eventually dies of a car crash. The song didn’t go unnoticed upon release. It was seen as blasphemous by the ultra-religious community, and helped the band to stand out as one that wasn’t afraid to address difficult topics.

This song is all about having empathy for others, and recognizing the humanness in those around you. It’s also an extremely engrossing dance-pop classic that can move a crowd. In fact, many people don’t pay enough attention to the lyrics of this song because of how catchy the drums are. With a slightly darker tone, this song perfectly encapsulates the energy of the mid-1980s. It was released in 1984.

It’s hard to hear a Depeche Mode song without thinking of the 1980s as a golden age in music history. With their playful use of synths and electric drums, they used the newest technology available to them—and paved the way for many that would follow. This band’s genius consists in being able to go from happy-sounding dancefloor anthems to some much darker songs, often within the span of one album. So whether you’re a fan of dark music or just want to dance, Depeche Mode is a 1980s band that can’t be ignored. 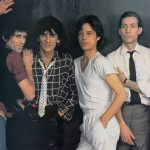 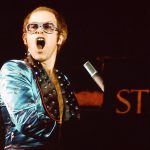