Elton John was undeniably one of the greatest pop rock performers in the world by the end of the 1970s, despite the fact that his career looked to be in decline at the time.

Nonetheless, throughout the first half of the 1980s, John turned out some high-quality tracks, many of which included catchy melodies and intelligent lyrics, thanks to his rekindled cooperation with long-time songwriting collaborator Bernie Taupin.

Elton John is one of the greatest performers the world has ever seen, and he made a lot of great music during the 1980s. Here’s a thorough list of John’s finest songs from the 1980s:

Despite a lengthy compositional break from his customary collaborator Taupin, John delivers an usually outstanding melody and vocal delivery on this 1980s classic. Unlike some of his later ’80s attempts, this song compares favorably to the singer’s unique and timeless arrangements from the 1970s. Although there are some rather artificial synth passages and possibly too much saxophone, the piece (with lyrics by Gary Osborne) stays powerful enough to be an enjoyable listen throughout.

This single from 1982’s Jump Up! comes off almost totally as a slow-burning, lovelorn torch ballad. Sounds very smokey, yet it seems to fit John’s flowing, diverse, but always unique style. Working skillfully in the lower registers of his voice, John creates a powerful spell with the sense of desire he imbues this performance with.

Although “Blue Eyes” did almost as well in the UK as it did in North America, John’s hits had their greatest popularity in the United States throughout much of this time. In the instance of this iconic lament mourning John Lennon’s death at the end of 1980, it’s possible that the song struck a stronger chord in the nation where Lennon had lived for several years as an exile.

The song features one of John’s most emotional melodies and devastating choruses in his whole career, with incisive lyrics by Taupin, who has recently rejoined John as a regular collaborator once more.

This lively melody, which was released in 1983, became another major pop success while also implying that the apparent slowdown in John’s career in the late 1970s and early 1980s was maybe exaggerated. After all, even if his critical response had waned, the singer had routinely put songs on a variety of charts at this point. This song’s lyrical focus coincides with a rough moment in John’s personal and professional life.

Although the Elton John of the 1980s may not have appealed to all old fans or even current audiences, his work throughout that time period demonstrated exceptional consistency in chart performance and song quality.

No one could argue that John’s songwriting collaborations with Taupin were on par with his peak in the 1970s, but at least one or two songs every album won a place on pop music playlists. John appeared to grasp that wistful contemplations of melancholy were fitting subject matter on this piece from the 1980s, crafting music that uncannily suited the lyrical musings of a similarly mature Taupin.

6. “Sartorial Eloquence (Don’t Ya Wanna Play This Game No More?)”

This unexpected gem, like 21 at 33, benefits from a keen collaboration with an unknown lyricist, in this case, Tom Robinson, a hard-rocking, politically conscious rocker. Despite some somewhat heavy-handed orchestration, this song has a pleasant vintage vibe to it, feeling far more in line with a song like “Sorry Seems to Be the Hardest Word” than many of John’s upcoming too-boppy meanderings.

Despite just making the Top 40, this piano ballad has a lot going for it melodically and lyrically. The song is wistful and sad, and it is likely the only pop song to have the unusual titular two-word phrase. Tom, you get an A+ for vocabulary!

So those are our top picks for best Elton John songs of the 1980s. If you’re looking to beef up your 80s playlist, definitely consider adding a few of these gems into the mix! 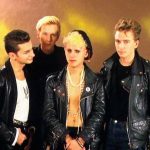 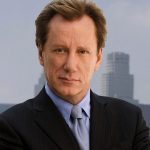