The rise of a different type of music was heard on the airwaves during the 1980s. Unconventional, bold, and outspoken lyrics and different fashion styles were the marks of this period as it was being labeled as the era of media alarmism. Most of the millennial songs of today from pop, rap, and hip hop were shaped and influenced by 80s music. It was in the 1980s that started it all.

Among the songs of the 1980s that endured through time were the songs by Billy Joel. He was popularly known as the piano man, and his songs which were popular during the 1980s, can still be heard and have earned respect from his critics through time.

Here are some of the Billy Joel songs that hit the charts in the 1980s and are still people’s favorites today:

1. Tell Her About It

The album, An Innocent Man, was written and performed by Billy Joel and became a hit in 1983. It made a mark on the charts as the number one Billboard Hot 100, and RIAA had certified the song as Gold for reaching sales of over 500,000 copies.

The song may be reminiscent of the Supremes and has an upbeat tune Motown-style. Tell Her About It is a song that makes a man realize to disclose his affection for a woman before it is too late.

Billy Joel’s album Glass Houses was a remarkable record in the music industry, especially one of its singles, You May Be Right. This song soared up to the number 7 spot on the U.S charts.

It may be a song that depicts a judgmental society wherein a man is oftentimes thought of as reckless and eventually has to live up to their expectations and prove to them that he is reckless, crazy and just living a dangerous existence.

3. We Didn’t Start the Fire

Rock and pop singer Billy Joel was at a turning point of his life, and amid professional instability, when he wrote and recorded this song, We didn’t Start the Fire. This was one of the more unconventional songs that was written by Billy Joel. This is not just an ordinary song because there is a deeper historical significance in it.

One of the songs by Billy Joel that endured through time and hit the number one spot not only in the US but in the entire world is Uptown Girl. The rock star and songwriter wrote this song when he was dating a supermodel, Elle MacPherson. The style of the song was inspired by Four Seasons and Frankie Valli.

Whoever was the girl behind this song was surely a great part of the huge success of this phenomenal hit.  In fact who the song was written about still remains a topic of controversy even till this day.

Fondly called the Piano Man, Takeaway reached the top charts all over the world. Remarkably, his songs endure through time, thereby contradicting his critics that his popularity was just fleeting and momentarily. 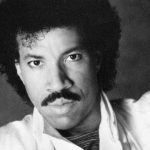 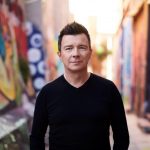