The Best Meg Ryan Movies Of The 1980s

Meg Ryan is considered one of the queens of the romantic comedy genre. The blond haired blue eyed actress won American audiences over with her undeniable charm.

Meg was born in 1961 in Connecticut, and began acting during college to make some extra cash. She would later drop out of college to pursue acting full time. This decision led to her successful career as an actress in some of the most memorable films of the 80’s.

We already know Meg Ryan is one of the most iconic actresses to ever to grace the silver screen, and some of her best movies came during the 80s.

So what were the best 80s Meg Ryan movies?

Here are our picks for the best Meg Ryan movies of the 1980s:

Regarded as one of the most iconic love stories of the time is the 1989 film When Harry Met Sally. After graduating from the University of Chicago, Meg’s character, Sally Albright, shares a long road trip with Billy Crystal’s character, Harry Burns.

The two characters debate the idea of men and women being strictly platonic with one another. Several years later, they run into each other once again. The movie follows their budding romantic interest in one another, eventually leading them to get married. The film has it all- laughter, relatable characters, and a heart warming love story. When Harry Met Sally is truly a classic!

Meg plays Lydia Maxwell, a reporter. Lydia’s boyfriend, Tuck, is a pilot taking part in a miniaturization experiment. This 1987 movie combines elements of comedy, fantasy, and adventure to make for a memorable film.

Meg also stars in the 1988 drama Promised Land. She plays Beverly, “Bev”, Sykes. Her character in the movie is the “bad girl” type. Set in Utah, the film follows two high school graduates, Hancock and Danny.

Hancock is a basketball star with a popular cheerleader girlfriend. Meg plays Danny’s rebellious wife. Although not as lighthearted and feel-good as some of her other films, Meg Ryan gives a stellar acting performance in Promised Land.

Although the main storyline of the movie follows Maverick and his love interest, the relationship between Carol and Goose also caught the viewer’s attention. The two actors had great chemistry on screen. Although Meg Ryan is only featured in a few scenes, she is a memorable part of Top Gun. You will likely find this movie on every “Best Movies of the 1980’s” list, and that’s why we had to mention it here.

There are so many exceptional films from the 1980’s. It was a great time for the romantic comedy genre, and Meg Ryan starred in some real winners. When Harry Met Sally is truly a classic, loved by many to this day. Top Gun is the quintessential 80’s film, and Meg was a part of it.

Her other roles in movies such as Innerspace and Promised Land truly show her exceptional acting skill and range. She can play America’s sweetheart, but she can also be the “bad girl”. Meg stands among some of the most talented actresses of her time, and we will forever remember these 80s classics that she made amazing. 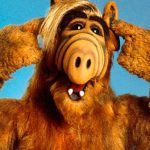 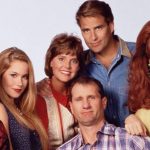