As one of the longest running live-action sitcoms in television history, Married With Children was an extremely popular show in the 1980’s, and it still entertains millions of viewers in syndication today.

It first aired in 1987 on the Fox network, and it ran for 11 total seasons, much like another popular 80’s show, Cheers. Married with Children followed the Chicago based family, the Bundy’s, and all of the adventures they got into.

Kelly is beautiful and popular, but not all that bright. Bud is considered to be one of the smartest of the Bundy clan, but also extremely preoccupied with the opposite sex. Audiences watched and laughed at the Bundy family’s antics, but what made this sitcom a hit with viewers?

The Rise Of Married With Children

Married With Children was popular, but not without some criticism and controversy. Looking back at the show now, it is questionable if some of the story lines and the one-liners would be accepted by audiences today. The show most definitely pushed the envelope in many different ways, and would likely be considered politically incorrect today. However that was the appeal of the show, and why many continue to love it today.

During what other networks referred to as the “family hour”, this sitcom featured scantily clad women, a promiscuous young character in Kelly, and no shortage of sexist remarks from Al Bundy himself.

Peggy and Al’s marriage was not exactly depicted as a fairy tale romance, and Al sort of seemed to hate his life. Maybe viewers found this oddly refreshing and relatable?

The show was definitely different than other sitcoms of the time. Full House, another popular 80’s show, was all about wholesome family values. Others such as Growing Pains, The Facts of Life, and Who’s The Boss shared similar sentiments. So perhaps Married With Children felt like a nice change of pace for American audiences.

Another reason for the success of the show was the distinct and eccentric characters. Love him or hate him, Al Bundy had viewers talking. Whether you were offended by his crude remarks or found him to be hilarious, his character was memorable.

Peggy Bundy was the stereotypical “trophy wife”. She was lazy, refusing to cook or clean. Her high-maintenance attitude and expensive taste drove her husband crazy. Peggy’s lack of cooking skills became a running joke on the show.

Then we have Kelly, the daughter who takes after Peggy in many ways. Kelly is beautiful, and she knows it. She is often teased by her brother for her promiscuous ways.

Kelly and Peggy are on similar levels in the intelligence department, as well as the laziness scale. And then there is Bud, your typical girl-crazy teenage boy. These characters made up one memorable family unit, and made for a great American sitcom in the 1980s.

Married With Children definitely pushed the boundaries and changed American television in some ways. Audiences weren’t used to the abrasive and raunchy nature of a sitcom like this one.

Maybe some Americans found the story lines and characters relatable. Maybe some found it to be a humorous escape from their every day lives. Either way, Married With Children made its mark on American pop culture, and is a sitcom we will always remember from the 1980s. 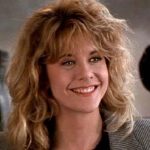 The Best Meg Ryan Movies Of The 1980s 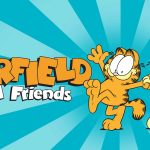