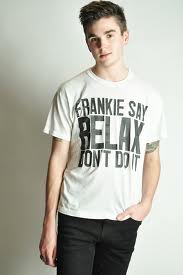 Fashion is all about making a statement. Whether that statement is bold or humble, the message is what makes the trend. The Slogan T-shirt is just such a symbol. It gained immense popularity in the 1980’s, but has stood the test of time and shown that the message can be the most important thing about a piece of clothing.

The t-shirt itself has gone beyond a fashion trend, having become part of people’s everyday lives. We wear them under our clothes, when exercising, or simply when we feel lazy and do not want to put anything else on. The Slogan T-shirt, however, came from humble beginnings.

It began as a symbol of counterculture in the 1960’s. They, at first, made statements that ranged from Disney characters, to sex symbols, to racist symbols. The t-shirts originally were a way to get a political message across, and they were often found at protests for various issues.

The fact they were starting to be widely used for protests means they were also commercially viable. In many respects as they grew in popularity many people saw that the slogan t-shirt was a great way to sell more and profit from it.

However, there are many slogan t-shrits out there now, with a wide array of messages. From having to do with drug use, to family, to pop culture, anti-war messages, and everything in between, slogans on t-shirts have sprouted everywhere in every form.

For example in 1984 George Michael wore a “Choose Life” slogan t-shirt in Wham’s ‘Wake Me Up Before You Go-Go” music video.  It is thought the shirt was meant to bring about AIDS awareness which at the time people knew very little about.

What is the reason slogan t-shirts are so popular, though? The answer is simple, the statement any person wants to make can be placed on a t-shirt. Slogans are not simply something people wear, it also aligns them with a cause or something they hold very close to them.

It also allows many people to read the slogan from a good distance away. It is a moving advertisement for a cause, symbol, or idea. This tells people who a person is in some respects and allows that person to show themselves to everyone without fear or hesitation.


The message, symbol, or idea is right there for everyone to see. And a slogan is something that is almost subliminal. Most people do not even think about the slogan until after they have seen it and it makes them think.

The biggest point to make is that in 1980’s there was a transformation from a small counterculture symbol to something everyone saw as not only profitable, fashionable, but something tangible that allows them to speak without much effort.

For those who are marijuana enthusiasts there are slogan t-shirts that allow you to send that message to everyone you encounter. For those who are against it it works the same way. The saturation of this market came in the 1980’s when people fully realized this and it came into popular culture rather rapidly.

You will find that for any message that out there, a slogan t-shirt exists and has existed for quite some time.

You can even create your own and have your own message you want others to know. It is as simple as designing it, having it printed, and shipped to you.

The slogan t-shirt is something that is a simple idea which takes a piece of clothing that transcended beyond fashion and turned it into a timeless trendy thing to wear, no matter who you are or what you believe in. 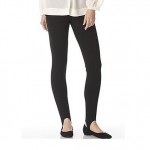 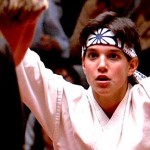