“These Dreams,” a single by Rock and Roll Hall of Fame band Heart, topped the Billboard Hot 100 charts when it was released on January 18, 1986. The smooth melody and powerful vocals makes this song one of the most memorable of the 1980s.

It became the band’s first-ever number one single, propelling Heart to global pop superstardom. Since 1986, the song has remained one of the most popular and biggest hits of 1986, giving the song an iconic status representing the epitome of 80s power ballads.

The music video for the song was also just as legendary. “These Dreams” by Heart was not only a great song to listen to, it was also a quintessential music video that really embodied everything we think of when reminiscing about 80s music.


These Dreams By Heart

“These Dreams” was written in 1985 by singer/songwriter Martin Page and Bernie Taupin. Martin Page co-wrote other hit songs in the 80s such as “We Built This City” for Starship, and “King of Wishful Thinking”. Taupin, on the other hand, was famous for being Elton John’s lyricist, but during the 80s, he decided to expand his repertoire and wrote for other artists.

The song was originally offered to Stevie Nicks but the artist expressed no interest in recording the song. The demo eventually made its way to Capitol Records, where the band Heart had recently signed to. The band was currently working on their eighth album, the self-titled Heart, and were advised by their producer Ron Nevison to include songs that were written by songwriters outside of the band.

Nevison decided to have Nancy Wilson, instead of lead vocalist Ann Wilson, sing the song since the voice range needed suited Nancy more. It was the first single where Nancy was lead vocals, with Ann being backup vocals.

“These Dreams” is a powerful ballad and dubbed as being the perfect representation of 1980s synthpop. It was a unique respite from Heart’s previous folk and heavy metal influences, but it was the single that made the band into pop superstars during the glam rock era of the decade.

Why The Song Was Popular

Before the release of the single in 1986, the band was on a decline from their success in the 70s. Their hits “Magic Man,” “Crazy on You,” and “Barracuda” from the 70s made the band popular on the US charts, with platinum and multi-platinum albums. However during the early 80s, the band released albums that would fall short in comparison.

However the band still enjoyed some traction with fans and were signed to Capitol Records, which wanted them to incorporate compositions written by other songwriters. “These Dreams” was the 3rd single out of the band’s self-titled 8th album, Heart, and it became their very first #1 song on the Billboard Hot 100.

The single elevated the band’s success, with the album generating 5 million copies sold worldwide, with 2.2 million copies sold in the US. The song’s lyrics were a hodgepodge of words that didn’t have a deep meaning, but it was Nancy Wilson’s rendition of the composition that gave it its relevance.

On the liner notes of the album, the band stated that they dedicated the song to Nancy’s good friend, Sharon Hess, who passed away shortly before the release of “These Dreams.” Hess was a fan who gave Nancy a handmade acoustic guitar and spent time with the band when they were recording the song in the studio. Nancy and Sharon became very close and called her friend her “soulmate of the sea.”

Though the original writer of the lyrics didn’t have it in mind, the song took on new meaning upon its release, wherein “These Dreams” described a woman who escapes her difficult situation in real life by entering a fantasy world when she sleeps.

These Dreams By Heart Today

In 2002 they gave one of the best live performances of “These Dreams” for their “Alive In Seattle” concert, reaffirming the fact that the 80s had some of the most talented musicians:


“These Dreams” was Heart’s biggest chart-topper and single. It was the song that brought the band worldwide attention, and because of the fame and critical acclaim they received, they were inducted into the Rock and Roll Hall of Fame in 2013.

In 2014, the band was featured as animated characters on the TV show, Family Guy, where they performed a few of their hit songs, including a version of “These Dreams” which was retitled “These Beans” on the show for its January 12, 2014 episode.


Being Seattle exports, the band inspired a generation of grunge artists, such as R.E.M., Pearl Jam, Soundgarden, Alice in Chains, as well as Neil Young. The band has also been heralded as a pioneer in women’s music, with sisters Ann and Nancy Wilson being the very first mainstream female artists to headline a rock band in the 70s, inspiring generations of women to pick up a guitar or start a band.

Even with all their legendary contributions to music, we’ll still always remember “These Dreams” by Heart as one of the most memorable songs of the 1980s. 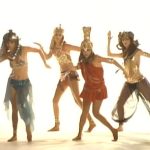 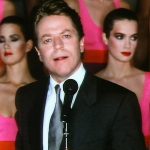