Simply Irresistible was one of those quirky 80s songs that really encapsulated the mood of the era. Robert Palmer burst on to the scene with this unforgettable tune and music video to boot, and you can’t help but smile every time you happen to hear it.

In the late 80s, Robert Palmer made his way into the music industry with some of the most addicting guitar riffs and drum solos imaginable. Though not one of the biggest stars of the 1980s, Palmer definitely left a mark on the industry.

The 80s was a simply irresistible period of time to grow up. With an abundance of options in fashion, music, and television, the 1980s played an important role in reshaping the world. And “Simply Irresistible” was a great piece of that legendary time.

Very little is known about the inspiration for the song, “Simply Irresistible”. Robert Palmer wrote the song which was released as part of his album “Heavy Nova” back in 1988.

The song would be the first single released after the album, and it quickly climbed its way to the top of the charts. In Australia it would reach the number one spot in June of 1988. On the Canadian and US charts, the song made its way all the way up to the number 2 spot.

Every good song has a story behind it. And although “Simply Irresistible” may very well have its own unique story, Robert Palmer never shared it with the world. Nevertheless, there has been much speculation about what fueled the song’s creation.

Without a question, the song itself is about love, and how even the slightest change in one’s appearance can make them irresistible. According to the lyrics, Robert Palmer explained that the girl had only looked good to him before, but that now after her money was gone, she was simply resistible.

As a result, many people have insisted that Palmer was talking about a girl, who despite already looking beautiful, spent her entire savings with a plastic surgeon in order to make her look even better. However the true inspiration of the song was never revealed, so at this point it seems no one will ever know.

Robert Palmer played an important role in the 1980s music industry. His two biggest hits were the songs “Simply Irresistible” and “Addicted to Love”.

He was considered by many to be one of the best-dressed musicians in the 1980s, a title he received in the 90s from Rolling Stone.

He was often seen dressed to the Ts, regardless of where he was headed, and continued to play an important role in the music industry until his sudden death on September 26, 2003.

One of the most interesting things about music in the 1980s is how easy it was to guess what song was going to play next on the radio, simply by listening to the opening guitar riff.

The opening sequence for “Simply Irresistible” was fast and loud, and had an undeniable beat that would leave your feet tapping. It was just that type of song that when the chorus kicked in, everyone was singing along with the radio.

While Robert Palmer didn’t personally like doing music videos, he nevertheless decided to team up with Terence Donovan in order to create the video for “Simply Irresistible”. Donovan, who had also produced the video for “Addicted to Love” was brought back once again to help Palmer push the song to the top of the charts.

The video itself features a well-dressed Robert Palmer and 5 attractive women dressed in matching outfits. Today, the song has more than 38 million views on the official Vevo Records YouTube channel.

Even though Palmer is no longer with us, we will always remember Simply Irresistible as one of the most memorable hits of the 1980s. 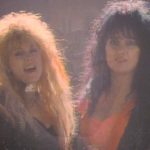 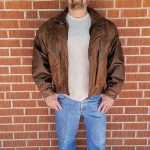