If you’re a man in need of a great costume for a special event or party, why not consider the 80s for inspiration? There are many awesome 80s costumes for men that are fun and will bring back that fuzzy feeling!

The 1980s were chock-full of great music and movies which makes it the perfect decade to draw inspiration from. The 80s were also home to some beautiful fashion trends that are still highly popular today, so it’s no surprise that people look back on this period with nostalgia—especially when Halloween rolls around each year!

So let’s get started in piecing together your next great men’s 80s costume!

So with Halloween (or your next event) just around the corner, here are some embers of inspiration that you can use to put together your next great 80s costume:

All of us loved TV in the 1980s. Whether you watched Magnum P.I., Knight Rider, or Miami Vice, everyone had a favorite show. So we think a great costume idea for men would be to dress up as your favorite TV character from your favorite hit 80s TV show. Here are some examples below:

Miami Vice (1981): Get that hot South Beach look with an oversized pastel blazer and shades like Don Johnson did in the 80s. Putting together your own Miami Vice Suit will make sure you’re the coolest guy at the party!

Knight Rider (1982): Nobody hassles the Hoff, and Knight Rider was one of the most iconic 80s TV shows that you can’t go wrong with emulating. A leather jacket and red turtleneck will get you looking like Michael Knight and ready for anything that comes your way!

Again a great way to create your next memorable 80s costume is to pick any of your favorite 80s TV shows and go from there. Choose a look that resonates with you, and then make it your own!

The 1980s was a great time for superhero movies. Besides popular superhero costumes like Batman or Superman, consider characters from Robocop, The Terminator, and The Incredible Hulk just to name a few.

Consider buying a pre-made superhero costume if you don’t have time to shop around for individual pieces. Just make sure that whatever you choose, it fits well and isn’t a size too big or small. And remember, when choosing your superhero costume, go for something that reflects your personality.

Part of what made 80s culture so memorable was how there were so many memorable characters and events that we still look back fondly on. Before you start thinking about your costume, consider some 80s pop culture icons that might give you a better idea of what you could dress up as.

From popular toys to nostalgic cartoons, you can explore all of your favorite 1980’s memories for costumes.

For example the 1980s had many popular toys like Teddy Ruxpin, Rubik’s Cube, Smurfs, and Transformers that you could turn into fun costumes.

When it came to memorable 80s cartoons, you have great choices like G.I. Joe, He-Man, and Thundercats to draw inspiration from.

Also consider memorable moments in the 1980s for costume ideas. Things like the release of “New Coke”, launch of MTV, or the marriage of Princess Diana and Prince Charles just to name a few.

There are so many great films from the 80s that have a plethora of costume ideas for men. So obviously it would be foolish for us to not consider the many iconic characters from these films with regards to our next epic 80s costume.

Furthermore you can always reenact scenes or talk about certain aspects that come to mind when wearing an iconic outfit. Also movies are great in case you need to pair up with a gal pal with matching 80s costumes for your next event.

Here are some obvious picks that come to mind in case you need to have a costume that pairs well with a date:

Ghostbusters (1984): There are plenty of costume ideas here: Any of the ghostbusters, Vigo The Carpathian, Slimer, Janine Melnitz, Dana Barret, or Louis Tully.

Ferris Bueller’s Day Off (1986): Any of these characters will make people smile at your party: Cameron Frye, Sloane Peterson, or Jeannie Bueller.

Back To The Future (1985): Marty McFly, Doc, Lorraine, or Biff Tannen all make great choices for an epic 80s movie costume.

Top Gun (1986): If you got the need for speed, Tom Cruise’s character in Top Gun is always a fan favorite. Pair up with a Charlie, Goose, or Ice to take things to the next level!

Those are just a few picks, but really there are so many great 80s movies to choose from that really the sky is the limit! So pick one of your favorites and get those creative juices flowing!

When it comes to costumes, musicians are always a popular choice, and the 1980s had a lot of great male music stars to choose from. Of course there was Michael Jackson, who broke away from being a member of his family’s band, The Jackson 5, and became a huge solo star with hits like “Billie Jean” and “Smooth Criminal”. A great Michael Jackson costume is always a hit at any costume party!

Other notable costume choices for a rad 1980s rocker costume would be Bon Jovi, Prince, or Bruce Springsteen. Don’t forget the big hairstyles that was all the rage in the 1980s!

Another great idea for a costume is going as an iconic 80s rapper like LL Cool J, or a member of Run DMC or N.W.A., which is always a great choice at any 80s themed get together. A great 80s rapper costume can be a great way to let people know that you’re hip to the game!

Finally the 1980s were known for larger than life political figures. Presidents like Ronald Reagan and George H.W. Bush in America quickly come to mind. If you remember the Cold War was raging through the 1980s, so also consider figures like Mikhail Gorbachev if you want to get creative.

If you’re going to an event with a lady friend, perhaps consider pairing up with her possibly going as Margaret Thatcher or Nancy Reagan to your Ronald Reagan. Or perhaps let her go as Barbara Bush to your George H.W. Bush if that’s more to your liking.

The 1980s was a time of memorable geo-political events, and if you want to go with a more sophisticated 80s costume, consider any of these iconic world leaders of the era.

So hopefully the aforementioned ideas will help inspire you and allow you to put together a great 80s men’s costume. The decade was filled with so much culture and fun, and people just love the 80s so you can’t really go wrong with a costume for that era.

Just remember when putting together your 80s costume that you make it your own and have fun with it. The 1980s was a decade of great music and fun, and your 80s costume should reflect that feeling as well. 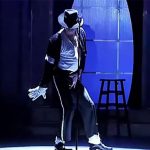 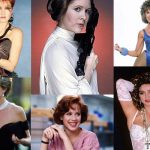