Everyone knows the 80s was known for big hairstyles, but it was a great time for facial hair as well. The 80s moustache is a throwback to a time when body hair was all the rage, a far cry from today’s smooth as a baby’s bottom trend.

Chances are if you could grow facial hair in the 1980s you probably rocked the 80s moustache. It was neatly trimmed but still thicker than molasses, and rocked by manly celebrities from Tom Selleck in Magnum P.I. to the legendary Freddie Mercury.

Why Was The 80s Moustache Popular

The 1980s was a different time, especially for men. It was all about being macho, and part of being a “man’s man” was having the ability to grow hair. Whether it be chest hair peaking through your shirt, or a chunk of it sitting right under your nose, hairy men was en vogue during the 1980s, and many fashion conscious men sported the 80s moustache.

Besides Tom Selleck a slew of 80s celebrities also rocked the 80s moustache as well. Stars like Freddy Mercury, Burt Reynolds, Lionel Richie, and Richard Pryor all had thick moustaches front and center, and needless to say helped usher in an explosion of this trend throughout America.

Unfortunately as time has gone on the 80s moustache has lost its popularity. With the rise of the modern feminist movement and rejection of “toxic masculinity”, many of the macho fashion trends of the 1980s has fallen out of favor.

However no matter what you think about the 1980s, one fashion trend that will always be synonymous with that decade was the 80s moustache, and we are just glad that we got to experience a time when big hair (no matter where) was stylish and hip. 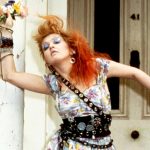 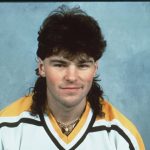