October is here which means Halloween is just around the corner, so we decided to drop some helpful hints on some great 80s costume ideas! An always popular costume is the “80s rapper”, and for those of you who want to pay tribute to the golden era of hip-hop, you come to the right place to get started!

The 80s was the Pandora’s Box of hip-hop. Merging street culture with rap music, the hip-hop revolution along with hip-hop fashion rose from the ashes and became one of the most famous movements of the decade.

If you’re planning on putting together the perfect 80s rapper Halloween costume, then you’re in for a treat. We’ve put together the best list that will make you look like a banging rapper from the 80s, complete with gold chains and Adidas sneakers that defined the look of the golden era in hip-hop.

Before we begin our list, the items we provide here are based on the famous B-Boy fashion, straight from the streets of the Bronx to rapper’s music videos, to center stage in stadiums, to iconic status in the fashion world.

Here is the list of clothing pieces you need to have to look like an authentic B-Boy rapper from the 80s:

This is the most important item in your Halloween costume. The tracksuit is your entire look, with everything else being accessories to your rapper costume. The tracksuit was made famous by breakdancers in the Bronx who wanted to wear something comfortable and stylish while they performed in the streets of New York. Tracksuits were also a popular 80s fashion to workout in as well.

The whole concept of the B-Boy style and hip-hop fashion was to use sportswear as fashion and the tracksuit was one of the most iconic and highly-coveted sets of clothing everyone wanted to wear. From The Beastie Boys to Run DMC, to the regular bloke down the street, the tracksuit epitomizes the perfect rapper look.

Get yours from Adidas, the most favored brand in the 80s, with its signature three stripes on the side for an authentic 80s rapper costume.

Wear Adidas Superstars to complete your Adidas tracksuit. Members of Run DMC made these shoes famous, making them the epitome of B-Boy footwear in the 80s.

Other shoes you can wear with your tracksuit include Bally shoes, which was a favorite of rapper Slick Rick, Puma suedes, Converse All-Stars, or the Adidas Gazelle.

The Bucket Hat had been around for quite sometime before the 1980s, however when popular 80s rappers started to wear them people took notice, and the brand of choice was Kangol.

When LL Cool J wore his Kangol bucket hat in his music video, “I Need Love,” in 1987, Kangol was virtually an unknown brand. After the video, however, it became one of the most iconic 1980s accessories, with rappers and fashionistas wearing the brand’s iconic Kangaroo logo on their heads.

You don’t have to wear a Kangol hat, but any bucket hat will do for your costume.

Gold chains were a status symbol among hip-hop artists in the 80s. These thick gold chains known as Dookie Chains were the perfect way to display their newfound wealth, and so, with their tracksuits and bomber jackets, rappers would wear layers of gold chains over their necks. The thicker and heavier, the better.

If buying real gold is too expensive for a Halloween costume, there are a lot of faux gold chains that you can buy at any costume jewelry store.

The most popular of the “Large Frame Sunglasses” of the 1980s were “Cazal Sunglasses” or “Cazals” for short. Worn famously by Darryl McDaniels of Run DMC, Cazal sunglasses were another fashion accessory that carried a status symbol for the wearer and was one of the most popular sunglasses of the 1980s. In fact they were so pricey and sought after that rappers had to worry about people literally snatching them off their faces!

Designed by Austrian designer Cari Zalloni, these glasses were oversized, often geometric, and featured transparent lenses that came in many shapes and colorways. Aside from McDaniels, Spike Lee was also a big fan of these glasses.

However you don’t have to plunk down serious cash on Cazals to get that 80s rapper look. To get yourself a cheaper version, look for affordable glasses that have oversized, thick frames, transparent lenses with an ombre design, and a geometric shape.

Get the above 5 items and your 1980s rapper Halloween costume is complete! But of course, your clothes and accessories aren’t the only things that you need. Throw in a 80s boombox, put it over one shoulder, and play 80s hip-hop music for the complete look!

If you’re a woman, though, you might need another set of items. You can still wear a tracksuit, but instead of sneakers, where slouchy boots ala Salt-N-Pepa, gold hoop earrings, and a Kafi hat ala Queen Latifah and British rapper, Monie Love. You can also do high-glamour like rapper Roxanne Shantee by wearing a leather bustier, but create a recognizable 80s look by wearing harem pants with your corset.

For a Halloween costume, you don’t need to spend a lot to look as fly as these 1980s rappers. All you need to do is wear these pieces, and exaggerate them a little, such as wearing supersized gold chains or a fake boombox attached to your shoulder.

Evoke the spirit of 1980s hip-hop with these 5 pieces and you’ll never go wrong with your 80s rapper Halloween costume! 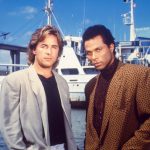 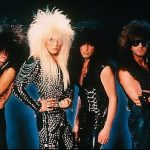