At some point, we’ve all said “feel the burn” ironically or unironically during a workout. Did you know that Jane Fonda is largely responsible for this? Jane Fonda’s career has been varied, to say the least. Through the 80s and 90s, this actress-campaigner revolutionized the fitness industry with her at-home VHS workouts.

But why her? Why was Jane Fonda a popular fitness icon in the 1980s?

A Woman In A Male-Dominated World

It is hard to imagine now, with so many women-owned gyms and female stars creating workout programs, but this was a male-dominated industry. Fitness in the 80s was all about size and strength. This was a time when wrestling and bodybuilding still idolized mass and PEDs and where female action stars were lacking.

So, the idea of a female celebrity leading a fitness program was a breath of fresh air. Not only that, but she was an attractive woman with a small physique showing how a woman could get fit and strong. Her work through the 80s would make her one of the most memorable fitness instructors of the decade and would inspire countless others and open doors into this new market.

A Pioneer In The VHS Workout Industry

Across the golden age of VHS, the workout tape became an easy cash-grab for anyone with a camera, basic skills, and the ability to shout slogans into the camera. Many celebrities jumped on the bandwagon – male and female – but Jane Fonda was the pioneer. The Silver Foxes tapes, including Jackie Stallone, are infamous but would not have happened without her.

The sales of the Jane Fonda tapes showed that people were not just happy to work out at home, but also desired the chance to progress and learn more. She sold around 17 million tapes between 1982 and 1995. What makes this more remarkable is that the first tape was $59.95, which relates to around $170 today.

It isn’t hard to see why so many people took advantage of the simple aerobic exercises and encouraging slogans. They became an outlet for the wives and mothers looking to stay in shape with minimal effort – and they worked. It is no different from watching YouTube tutorials at home today.

Of course, we can’t talk about the success and appeal of the Jane Fonda workout tapes without talking about the rise of 80s workout fashion. Jane Fonda popularized the iconic 80s aerobics outfit that we all remember, and she really helped usher in the era of looking great while working out.

The 80s was full of leotards, bright neon headbands, and warm legwarmers, and we can place the blame on three cultural influences. Olivia Newton-John piqued interest with her Physical video (which was nothing to do with traditional aerobics).

Fonda brought in bold colors with her workout videos a year later, and then came Flashdance. For better or worse, the style caught on.

Fonda Is Still Loved For Her Fitness Work

Now in her 80s, Fonda is done with the long routines and spandex of her youth. But, that doesn’t mean she’s forgotten this period in her career. She recently resurrected her workouts on TikTok and showed viewers she’s still active and flexible all these years later.


When it comes to 80s fitness, there is no greater name than Jane Fonda. She was a pioneer of the industry, and her workouts helped millions around the world get into shape. Decades later other stars may have overtaken her on the platform, but she will always be the original, and we will always remember Jane Fonda as the woman that helped us get fit while looking great! 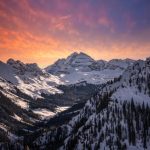