A prominent rock star in the ’70s, Bruce Springsteen, continued his legend into the 1980’s creating soulful tunes. Although he never reached the top spot on the Hot 100, he is regarded as one of the finest artists and was super popular.

His path is iconic as he reached heights others could only dream of and created masterpieces in his career.

Throughout his time, Springsteen was brilliant at his work and produced many hits that today remain rock classics. Although it is challenging to select the top picks of his career as he has delivered so many quality hits, here are a few of them that stand out in our mind from the 1980s.

Here are our top picks for best Bruce Springsteen songs of the 1980s:

Born in the U.S.A. is a Vietnam protest song highly misinterpreted as a patriotic song for the U.S.A. Since 1984, a closer time to the Vietnam war,  the mistreatment of Vietnam citizens after their return was taking place. The song was a plea for help, but it went on to be one of Bruce Springsteen’s most iconic songs.

The powerful underlying lyrics weren’t easy to decode, and all people, including the president, thought it was about the U.S.A. However the song talked about people’s ignorance, as Springsteen was brought up during the Vietnam war.

The song was a success, and Springsteen was praised for giving a solid political rock song.

Released as the first single from the Nebraska album, the song is finely tuned and delivered quality electric rhythms. This incredible song was to be a demo version for the E Street Band.

However when it was released it became a great hit. Then, following an MTV unplugged, an acoustic rendition with the E Street Band happened.

The song was about the 1981 mafia boss Philip Testa who was murdered by his gang. Also, Testa was known as a chicken man as he owned a chicken business.

Dancing in the Dark is one of the most popular songs by Springsteen. Even though it was not a chart-topper, the soaring melody had upbeat beats and was sung as an ode to friendship.

Also, the song is quite popularly known for kick-starting the then-unknown actress Courtney Cox’s career when Springsteen pulled her up randomly to dance.

It contained emotional lyrics and some joyous chords and was interpreted as a farewell to Springsteen’s friend.

The single was released before The River album and saw Bruce Springsteen in a different vocal sphere.  The song was a magnum opus hit with Springsteen’s vocal quality hitting peak greatness.

The song was a consistent buster on the radio. Also, the backup vocals by Flo and Eddie elevated this fantastic song.

The song was a smash hit that was on the top of the charts for many weeks. Also, this singing masterpiece hit is widely popular and was a song written about his sister.

Springsteen’s sister, Virginia, was a teen mom and was pregnant by 18 years old and married her boyfriend. Hence, she had to grow up fast. The song is her story and is an ode to her.

Also, this song is widely popular and is regarded to be insanely popular among Springsteen’s fans.

Bruce Springsteen is one of the finest artists whose popularity was immeasurable. The standard of music he created was on another level, and he was well ahead of his peers.

Also, if you love rock, you should pump into some of this singer-songwriter’s music. 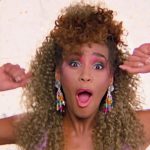 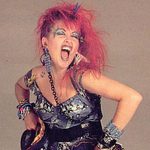