When you think about soulful artists in the late ’80s or the whole of the ’90s, surely Whitney Houston’s works would pop into your mind. The classic icon has left unique soul-crushing masterpieces that make people can still relate to and also calm their souls.

Her most iconic masterpieces in the ’90s from The Bodyguard film soundtrack, like the classic ‘I Will Always Love You’ and ‘I have nothing,’ have unmatchable vocals. However she also created a ton of great hits in the 1980s as well.

You already know that Whitney Houston dominated the 1990s. However, even before that, this phenomenal star ruled people’s hearts with her chart-topping hits in the ’80s.

Here are our picks for the best Whitney Houston songs of the 1980s:

The song is a soulful rendition which is a melody with powerful vocals and soulful lyrics. The song is a cover of George Benson’s 1977 hit. The song ‘The Greatest Love of All’ got her to the No.1 spot on the Hot 100 list again for the third time.

Moreover, the song is sweetly sung and talks about finding love and happiness inside us, something that most of us yearn for in this life.

A worldwide smashing chartbuster was rendered for the 1988 Summer Olympics in Seoul, South Korea. The song had Houston giving some soul-crushing and breathtaking vocals.

Moreover, the song was an ode to the victory, and was a powerfully sung ballad. Also, this established Houston as an extraordinary vocalist on a worldwide stage.

The song that made Houston win a Grammy for the first time is a beautiful rendition. The song is from the ‘Whitney Houston’ debut album. Her sultry tone, with a touch of bass, gave way for a timeless sassy melody.

A chart-topping preppy upbeat tune from Houston’s first album is a flirtatious single written for the 1984 classic film ‘Footloose.’

The song was co-written by George Merrill, Shannon Rubicam, and Narada Michael Walden. The song is fun and has a happy tune that you can dance to, as you sing along with a childish feeling while crushing over someone.

The powerful melodic vocals of Houston’s with a catchy tune, and excellent craftsmanship, will surely take you on a joy ride down memory lane.

Considered one of the most popular of the best works of Houston, this peppy feel-good tune has an insanely energetic beat. The song is composed of synthetic sounds and was a big hit that is still often played on the radio today.

The song is a happy number about dancing with somebody who would love you, as the title says. The catch and fiery composition won her a second Grammy for best pop vocal performance.

This timeless song is super-addicting, and you would likely indeed be finding yourself dancing to its tune when you hear it.

When it comes to powerful vocals and range, Whitney Houston stands alone. Her works will surely move you, and she was a queen of melody in her time who was loved by all.

If you haven’t already, start listening to Whitney Houston songs in your car on the way to work. You are sure to get addicted to her soul-crushing, as well as jamming hits, which is a great way to start your day.

So tune into her music now, and you will reach a different level of peace and happiness. 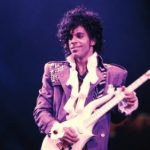 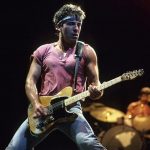