Music that ran through the airwaves in the ’80s are songs that cannot be underrated even by millennial music artists. The sounds and images of the 1980s have been marked in the music industry as the golden era of music.

This was the period when MTV became popular, and artists had soared in their popularity. Among those 80s artists, Janet Jackson is among those who propelled their career into stardom by being an MTV darling and pop icon.

Let the camera lights roll on as we navigate a throwback to the best music of Janet Jackson during the 1980s, the era of a distinct fashion sense and stiff competition in the music industry.

Janet Jackson has cemented herself as a music legend, and here are some of her greatest hits from the 1980s:

The first phenomenal hit song by Janet Jackson is this song which revolves around the emotional comfort and fun that a person has towards a lover.

It ranked number one on the US Billboard Hot 100, and in the United Kingdom, it earned its highest slot at number 10. The song “When I think of You” is from the third album, “Control,” released in 1986.

Part of the album “Rhythm Nation 1814” is the song Escapade that reached the top of the charts. In the music video of Escapade, it was shown that it took place in an exotic carnival. It also showcased Janet Jackson’s intense dance and choreography skills.

The upbeat music of the song ignited joyful feelings among its listeners, and it became the people’s favorite, and one of her most memorable hits of her career. Due to the general public requests and being frequently played on the airwaves, the song won the BMI Pop Award for Most Played Song.

3. What Have You Done for Me Lately

Drawn from whats thought to be a personal bitter experience, Janet Jackson had co-written this song with Jimmy Jam and Terry Lewis. It shows the emotional state of Janet Jackson, who at that time was undergoing the bitterness of divorce from her husband, James DeBarge. A song that resounds a woman’s feelings towards failed expectations from her partner, this song hit home for many of her listeners.

Janet Jackson became a funky edge sex icon in the ’80s that even made her a legitimate rival of her brother Michael Jackson. In the film “Ghost Dad,” the song “Miss You Much” was featured and became very popular.

Though much of the writing credits were given to the producer duo Jam and Lewis, some lyrics of the song were personally written by Janet Jackson.

The stiff competition of the ’80s had mold Janet Jackson into a sex icon and music superstar. Her MTV appearances showcased not only her vocal prowess but as well as the futuristic choreography that set the trend in the music industry.

It may be difficult to shine from the shadows of her brother Michael Jackson, who was the King of Pop, but Janet Jackson was able to earn her rightful place in the industry with her unquestionable talents. 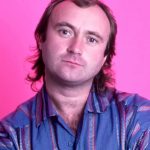 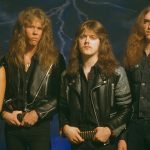