The 1980s is a period that gave birth to a new sound, electrifying musicians, and bold fashion sense. It is the era of MTV and the growing clamor for hair-raising rock and heavy metal rock. Among the best bands in this period, one of them that still stands the test of time, would be the legendary Metallica.

Metallica is one of the best bands of all time, and they arguably changed the landscape of their music genre during the 80s. Their songs were reinvented as thrash metal rock, and this clashed with the prevailing metal rock sound.

Just a glance at some of this band’s songs in the 1980s will easily show you what makes them a legendary figure in the genre of metal rock.

So what were the best Metallica song of the 1980s? Here’s our top picks:

If you are looking for Metallica’s heaviest and fastest song, then you may opt to listen to this song. Though it was popular during the ‘80s, it still conveys a message that is relevant even to the millennial generation. It revolves around the idea of the possible end of the world which may be triggered by a nuclear war.

It is made clear in the line “nuclear warfare shall lay us to rest.” that this was an issue that needed to be taken seriously. The song made a suggestion that fighting fire with fire should definitely be something we try to avoid at all cost.

The song was part of the album Kill ‘Em All and was originally written by Dave Mustaine. This song has a biblical reference about the four horsemen as to the coming of the Apocalypse. The four horsemen represent pestilence, famine, time, and death. It entails the near end of the world, and it is a Metallica classic.

This was Metallica’s first power ballad and was considered by Guitar World readers as having the 24th best guitar solo. This is about the emotional state of an individual who has a suicidal tendency.

It has been admitted by some band members, like Lars Ulrich the band’s drummer, and James Hetfield the band’s vocalist and guitarist, that during the recording of the song they were obsessed with the idea of death.

The song was released in 1984 from the album Ride the Lightning and is considered the only commercial single from that album. This song has a biblical reference to the tenth plague of Egypt. It drew its inspiration from the biblical film the Ten Commandments. The scene in the film is about the final plague that killed an Egyptian firstborn child. Such a scene gave them the idea of creeping death.

The band soared in popularity during the ‘80s, but the messages of their songs are still resounding in the millennial generation. The lyrics of the Metallica songs have a futuristic sense and a societal relevance, and this still resonates with listeners today.

Metallica had established metal rock at the forefront of the musical genre. They are considered legendary figures because their songs have been passed on from generation to generation. The kind of music that they created is still being appreciated by the present generation, and the timeless songs above are still applicable to what is happening in the world. 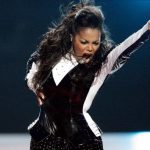 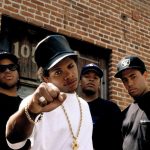