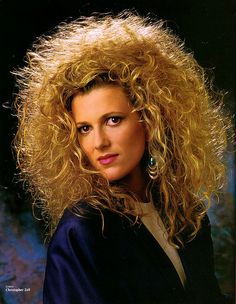 The perm hairstyle has been around for a long time now. But even though it’s gaining in popularity again here, it really shone back in the 1980s. This was the time that it first got very popular, and it seemed like every school girl had one.

But what is it? Why did it get so popular? And what made it fade away?

Well a perm is a way of making your hair stay wavy or curly for a long time. Unlike having to use curling irons every morning, a perm is a bit more permanent and will help keep your hair the same way for a while.

This doesn’t mean you’d never have to go back of course- usually it will last a few months (at most), so women with perms had to repeatedly go back to get the perm re-done to keep the same hair style. Here is a great video tutorial on how to secure some great 80’s curls:

The 80s perm was done using certain chemicals to break down the hair, reform it and then keep it in place. Women spent millions on hair products in the 80s to get the perm look, and even though this obviously wasn’t very healthy for their hair, many women loved it because it allowed them to have that wavy look without needing to use curling irons every day.

Another benefit was that a perm could do what curling irons could not. Many women would try to curl their hair themselves to no avail. Because a perm works at a molecular level, it was able to curl even the most stubborn straight hair.

The Perm’s Rise In Popularity

So why didn’t it get popular until the 1980s? Well a few reasons. For one thing, many women kept short hair for decades. There were several motives behind this, from political reasons to issues in the workplace.

Another is simply technology. Even though the technology to curl hair had been around since the 1800s, many women just didn’t like it. Plus most of the technology didn’t involve chemicals, so it wasn’t a permanent fix.

When it did get popular, its popularity mainly came from movies and TV shows. After showing up just a few times, women had been convinced that it must be the “in” thing to get a perm. And once a few women started doing it, it just got bigger and more popular every year. 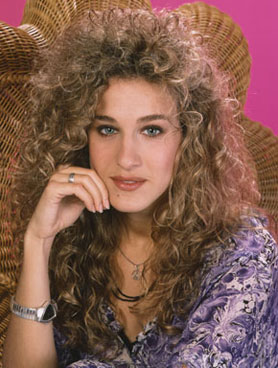 Sarah Jessica Parker Rockin “The Perm” In The 80s

The popularity also spread due to gossip magazines. Although not as popular as they are today, the gossip world played a major role in influencing the thoughts and actions of the younger generations.

Is The Perm Hairstyle Still Popular?

By the mid-1990s, the perm was no longer in style. It’s tough to say what brought about the change except the fact that time always leads to change. Fashion is changing more quickly than ever, so it’s understandable that hairstyles would be the same way.

But like so many other things from the 80s, some would argue that the perm is coming back. Millions of women hate their straight hair, and are looking to perms for a permanent solution to give them more flexibility with their hair styles.

Of course that trend will fade away again someday, but for now it’s good to see the comeback. 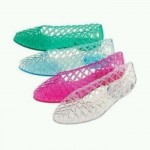 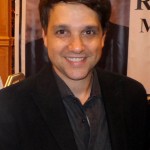