Princess Diana of Wales was one of the most iconic fashion trendsetters of the 1980s. The once “Most Photographed Woman In The World” dazzled women everywhere with her glamorous fashion choices and intriguing lifestyle.

The eighties were a time of great change in the fashion world. With the rise of pop culture, there were plenty of new trends and styles to choose from. The decade was characterized by bold neon clothing, loud patterns, and oversized silhouettes. Some of the most popular trends of the time included acid-wash jeans, leg warmers, jumpsuits, and shoulder pads.

The eighties were also the decade that saw the rise of designer labels. Brands such as Chanel, Versace, and Gucci became household names, and their clothes were must-haves for the fashionable set. Additionally, the decade saw the emergence of New Wave and Punk fashion, which brought a new level of rebellion and individualism to the fashion world.

Despite the eclectic array of looks to choose from, there were only a handful of fashion icons from the 1980s that we remember decades later. And Princess Diana of Wales, hardly anyone would argue, comes in at or near the top when we think of most fashionable women of the 80s.

The 1980s were a time of excess and extravagance. It was a great change in the fashion world, with many new trends and styles emerging.

Known for her glamorous and daring looks, Princess Diana was a trendsetter in her own right. So lets explore some of Princess Diana’s most memorable 80s fashion trends she helped popularize below:

1. Off The Shoulder Dresses

Princess Diana of Wales had a signature style, and her off-the-shoulder dresses were essential. From her early days as a member of the British Royal Family to her later years, she was often seen wearing off-the-shoulder gowns.

She favored classic styles such as the princess cut and the A-line silhouette, which she paired with her iconic taste in accessories. She loved wearing off-the-shoulder gowns at formal events such as state banquets, galas, and charity functions.

Elegant pearl necklaces were a fashion mainstay of Princess Diana. She had a unique, sophisticated jewelry taste that many admired. Her jewelry collection was extensive and varied, ranging from her family’s heirloom tiara to pieces gifted to her by the Prince of Saudi Arabia.

She also had a penchant for aquamarine gems, which she incorporated into many of her pieces. Diana was a true fashion icon, from her stunning sapphire engagement ring to the elegant pearl chokers she wore on special occasions.

Diana was also known for her unique way of wearing jewelry. She often paired the Spencer Family Tiara with her famous David and Elizabeth Emanuel gown and wore her sapphire and diamond necklace as a headband. However many will remember her most for her love of pearl necklaces that were also a popular 80s jewelry trend at the time.

The Princess of Wales often wore bold prints and bright colors, and she was never afraid to take risks with her outfits. Perhaps this is why many still remember her to this day as a trailblazer of fashion during the 1980s.

Princess Diana of Wales had a signature style, and her wide brim hats were integral to that. From her early days as a member of the British Royal Family to her later years, she was always seen wearing some headgear. She favored traditional hats and fascinators, which she often paired with her iconic fashion ensembles.

A long since forgotten 80s fashion trend was the Bubble Skirt. These were skirts that basically had a “poof” at the bottom, and though they seem kind of odd now, they were quite popular among some of the most fashionable women of the day, including a one Princess of Wales.

Long before bikinis ruled the day, back in the 1980s high cut one piece swimsuits were all the rage. These were also the preferred choice of Princess Diana, and many other fashionable women of the day.

After Princess Diana and Prince Charles got divorced, paparazzi would follow Princess Diana around the globe to get photos of her and perhaps a romantic love interest at the time. These photos often were of her on vacation in places like the French Riviera, and of course at the beach where she would be wearing a fashionable one-piece swimsuit.

It’s hard to imagine these days but back in the 1980s polka dot clothing was really a thing. The pattern is really a hard look to pull off as it often comes across as gawdy or tacky, but Princess Diana somehow made it look fantastic.

She was often photographed in iconic polka dot outfits that made it to the cover of tabloids around the world, and many would argue she pulled the look off better than anyone else!

As one of the most influential women in the world, it’s no surprise that Princess Diana gravitated towards power suits at the time. They were a fashionable way to let men know that they needed to now take you seriously as a woman, and Princess Diana flexed this fashion like no other.

During the 1980s the women’s equality movement was taking a huge leap forward, and more women began to take on powerful positions outside of the household. These women wanted to be taken seriously, thus the popularity of power suits exploded at the time. They would of course be further popularized by Princess Diana, as she would often wear them during her public appearances.

The eighties were a time of great change in the fashion world, and Princess Diana of Wales was one of the most iconic fashion icons of the time. She was known for her glamorous and daring style and her love of designer clothes and accessories. Princess Diana of Wales was truly a trendsetter in her own right, and she continues to be an inspiration for fashionistas around the world.

Even years later after her untimely death, the beloved Princess Diana continues to inspire new generations of women with her keen fashion choices. Many of her looks displayed a timeless elegance, and we don’t doubt that she will continue to inspire women around the globe to put their best fashion foot forward for many decades to come. 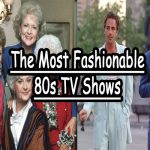 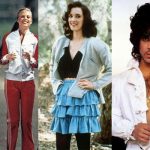 80s Fashion Trends That Are No Longer Popular